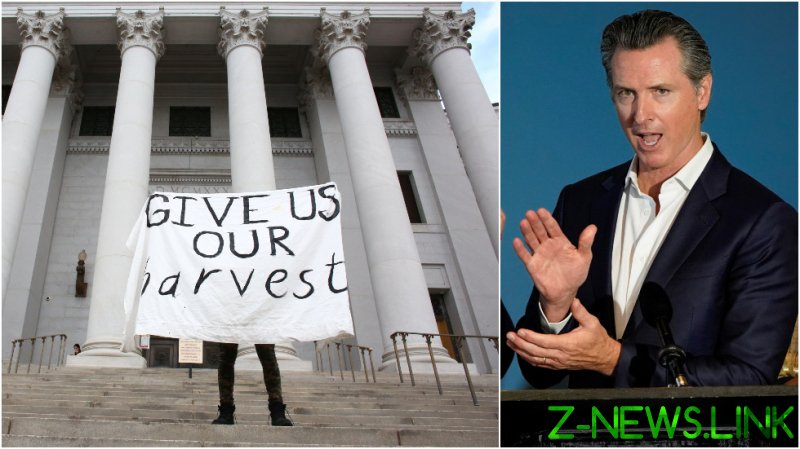 Newsom signed AB 3121 into law on Wednesday, creating a nine-member task force to study possible reparations for black Americans. While the governor lamented that the legislation hadn’t been passed “decades ago,” he hailed the bill for establishing a “paradigm that we hope will be resonant all across the United States.”

“This is not just about California, this is about making an impact, and a dent, across the rest of the country,” Newsom said moments after signing the bill.

While the bill itself commits the state to no particular payments, it will launch a task force to consider how reparations could be implemented in California. The task force is required to hold its first meeting by next June, and will submit its recommendations to the government one year later, which will not be binding.

The law also does not specify what form the reparations must take, proposing various alternatives to direct cash payments, such as forgiving student debt, financing job training or other public works projects.

Though California is the first state government to pass such legislation, similar proposals have been floated by lawmakers in Texas, New York and Vermont, but none have yet passed. On a more local level, city administrations in both Asheville, North Carolina and Providence, Rhode Island both approved measures related to reparations in July. The Asheville City Council passed its plan unanimously, mandating payments in the form of public investments, while Providence Mayor Jorge Elorza signed an order vowing to create a framework for reparations in the future.

California’s history with slavery is somewhat ambiguous. While the state constitution explicitly prohibits both “slavery” and “involuntary servitude,” records suggest chattel slavery was largely practiced in the open – namely after the gold rush of the mid-1800s, which brought thousands of white settlers out west, many bringing slaves with them.

“California has come to terms with many of its issues, but it has yet to come to terms with its role in slavery,” said Assemblywoman Shirley Weber (D-San Diego), who authored the reparations bill. “We’re talking about really addressing the issues of justice and fairness in this country that we have to address.”

Newsom’s decision to sign the proposal into law was hailed by a number of locals, including rapper and LA native Ice Cube, who thanked the governor for giving it the green light.

Some residents were up in arms over the bill, however, questioning whether it would “change the past,” while others insisted they would not pay reparations for historical abuses they find abhorrent and had no role in.

“Respectfully, how will this change the past or help the future? Will the indigenous people of this state receive reparations? They seem first in line in my books!” one netizen wrote.

Other critics noted that despite the fact California is already “broke” – while also dealing with widespread homelessness, power outages and rampant wildfires, among other issues – the governor still “can’t spend taxpayers’ cash fast enough.”