Home / WORLD / Gotcha! This brave stand against Rupert Murdoch’s cancerous stranglehold on the world’s anglophone media needs to be supported

Gotcha! This brave stand against Rupert Murdoch’s cancerous stranglehold on the world’s anglophone media needs to be supported 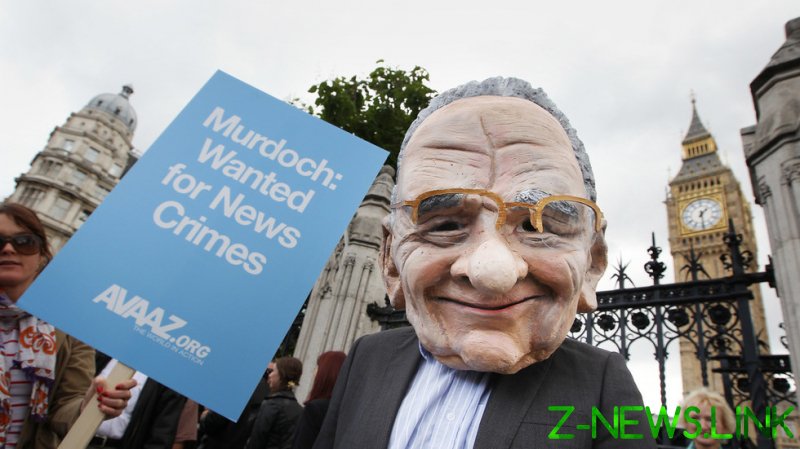 At the ripe old age of 89, Rupert Murdoch is probably the most successful media tycoon alive right now. In fact, too successful for anyone’s good. The Australian turned American multi billionaire oversees a vast empire under his web of various companies, which span the anglophone world. To the Wall Street Journal, the New York Post and the Fox News channel in the United States, to the Sun and the Times in the UK, and to a near total monopoly over the Australian market amounting to around 70% of its major news outlets, it’s difficult to deny the influence which one person has over the flow of politics around the world.

To no surprise, not everyone is happy about it, not least in Australia itself. Former Labor Prime Minister Kevin Rudd has long been a vocal critic of the Murdoch empire, denouncing it as a “cancer on our democracy,” and he has now launched a petition against it arguing for a royal commission into its influence. It has attracted a record 500,000 signatures. He finds company in the belief that these media outlets exercise disproportionate control over the country’s politics, and it has never been a secret that most Murdoch linked outlets have, either implicitly or explicitly, a strong right wing disposition.

Although the varying quality and editorial guidelines of its outlets vary, there is no question that Murdoch’s media outlets have played a key role in the march towards populist and nationalist politics in the English speaking world. In the United Kingdom for one, such outlets have been disproportionately associated with support for the Conservative Party, and to an extent, Brexit, with Murdoch himself having described Britain’s departure from the EU as a “wonderful thing” and praised Trump. The influence of the Murdoch owned tabloid, the Sun, has been iconified: the newspaper has been famously associated with having the power to swing election results in its favour, infamously claiming that in the 1992 election,“It’s the Sun wot won it”, and it’s held persistent bias towards Labour.

Not surprisingly, as in Australia now, Murdoch outlets in Britain have also been subject to long-standing controversies relating to their ethics, ties to big business interests and politicians, and their dodgy editorial standards. The Murdoch papers were a big focus of the 2011 Leveson Inquiry following the scandal of the News of the World, a downmarket Sunday rag owned by Murdoch, hacking the phones of dozens of celebrities, politicians, and members of the British royal family, as well as a murdered schoolgirl, relatives of deceased British soldiers, and victims of terrorist attacks.

The scandal forced Murdoch’s parent company, News Corp, to shut the paper (a cynical move to save the rest of his empire), but the Leveson report’s recommendations have never been implemented and lie largely forgotten, showing the enormous obstacles which often stand in the way when one seeks to challenge such a huge, powerful monopoly. There is simply no denying that Murdoch’s remaining outlets continue to be powerful, widespread and influential.

But for the rest of the world, this should be a wakeup call. These days, there is a strong focus and obsession in public discourse into what is described as “state owned media,”“misinformation” and “propaganda,” often thrown predominantly at countries such as Russia (and outlets like RT.com) and China.

In making these distinctions, there is an underlying assumption that the mere “independence” of a media outlet is a benchmark of its objectivity and impartiality, and in turn that a privately owned publication cannot possibly have an agenda behind it. One which may skewer its reporting and seek to potentially mislead its readers in favour of a given interest group, or its own pursuit of profits. In essence, the term “propaganda” is a pejorative which is slanted to focus on official enemies, and not potential problems at home.

The Murdoch empire, however, is the perfect case study as to why this thinking is inherently problematic and, at best, fails to see the wood for the trees. Those seeking apparent propaganda from abroad as a source of “hostile influence,” often overlook the fact that not just Murdoch himself, but corporate oligarchies behind other commercial news outlets, have an iron grip over published and broadcast media across a number of countries, and are able to drive forward an unspecified number of private and opaque interests in manipulating the politics of many nations.

Who, for example, is the real threat – China or Russia’s public broadcasters, or a privately owned news empire spanning many outlets which routinely deceives the public, spreads conspiracy theories, half-truths and overwhelmingly, not marginally, influences elections? Murdoch is testament to the fact that an idealised free, impartial and objective Western press doesn’t really exist in practice, and that “state versus private” as a barometer for reporting quality is, in fact, a misleading trope.

Thus while Rudd’s petition may not change a lot in practice, and will certainly not gain the political capital in Canberra to do so, it should be a signal to wake people up. For example, Murdoch’s papers in Australia are fermenting mass hysteria against China every day. Is it not time the public realises who is really poisoning the well here, and manipulating their politicians and filling minds with fear? The true enemy is often a lot closer to home than people realise.