Home / WORLD / Got it all on tape! Russian cops make arrest over viral clip of blogger stuck to side of sports car speeding off at 180kph

Got it all on tape! Russian cops make arrest over viral clip of blogger stuck to side of sports car speeding off at 180kph 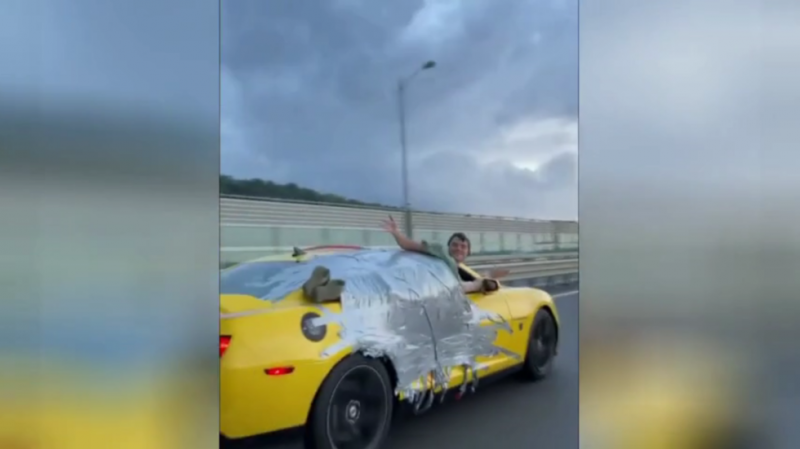 A court in the south coast resort ruled on Friday that the 27-year-old driver would be remanded in custody for five days over the incident. In a clip posted to Instagram, St. Petersburg-based blogger Denis Myasnikov broadcast the stunt to his 800,000 followers, with footage from inside the car seeing it hit speeds of 180kph (over 100mph).

Local media reports that fines were also handed down to the daring motorist, and that charges were drawn up for hooliganism and violating traffic rules. The perpetrator has apparently pleaded guilty and told others not to follow in his footsteps.

Last month, a Russian prankster was handed two years in jail after faking a collapse on the Moscow Metro in March last year, at the height of fears over the growing Covid-19 pandemic. Karomat Dzhaborov was handed the stretch behind bars for the stunt, which sparked a stampede in the carriage.