Home / WORLD / GOP senator ridiculed for taking credit for provision of Covid-19 relief bill he did NOT vote for, says he’s ‘entirely consistent’

GOP senator ridiculed for taking credit for provision of Covid-19 relief bill he did NOT vote for, says he’s ‘entirely consistent’ 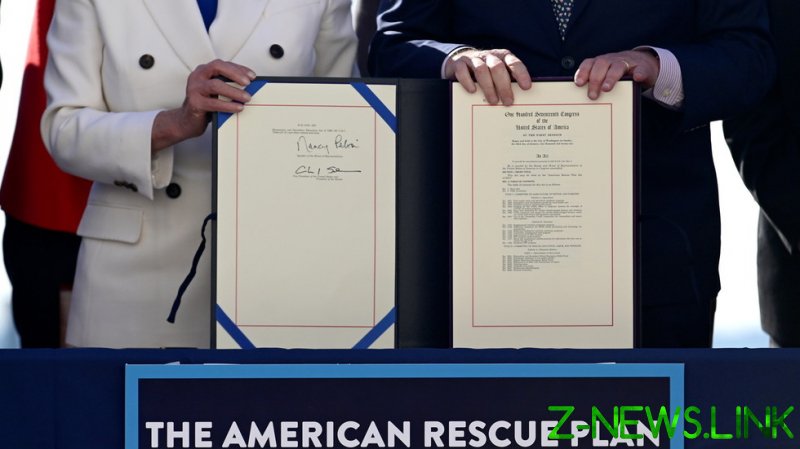 Wicker has been accused of trying to score political points on the back of the mammoth Covid-19 relief package passed by Congress on Wednesday after a drawn-out debate. The House voted predominantly along party lines, with Democratic Representative Jared Golden of Maine siding with all 210 Republicans to oppose the bill.

Shortly after the legislation was approved, Wicker extolled the virtues of a portion of the bill funneling $28.6 billion in direct aid to restaurants.

“The funding will ensure small businesses can survive the pandemic by helping to adapt their operation and keep their employees on the payroll,” he tweeted.

The tweet drew mockery from supporters of the Democratic Party, who said Wicker can’t have it both ways, since he actually voted against the bill.

“And you voted against it. Shame on you,” actor Mark Ruffalo said.

Facing backlash on Twitter, Wicker rejected the criticism, telling CNN correspondent Manu Raju that he has long supported the issue of aid to restaurants and that its inclusion in the bill is no more than a silver lining.

“I think it’s an entirely consistent position,” he added.

Despite courting controversy, the senator’s stance seemingly hit home. Wicker received a thumbs-up from the Independent Restaurant Coalition, a trade group created with the stated goal of saving restaurants affected by the pandemic from going out of business.

“You are right, Senator Wicker did not vote for the package (we wish all members did!), but his work on the RESTAURANTS Act from the beginning made the relief fund possible. We are grateful for that work,” the group said, responding to the torrent of outrage directed at the lawmaker.

The stimulus bill includes a one-time direct payment of $1,400 to millions of Americans. Of the total amount, $400 billion is earmarked for those payments, and another $350 billion is envisaged as assistance to state and local governments. Republicans argued that the package was blown out of proportion to include funding for the Democratic Party’s increasingly progressive agenda, such as boosting Obamacare subsidies and “environmental justice” grants.

House Republican leader Kevin McCarthy called the package “a laundry list of leftwing priorities that predate the pandemic and do not meet the needs of American families.”