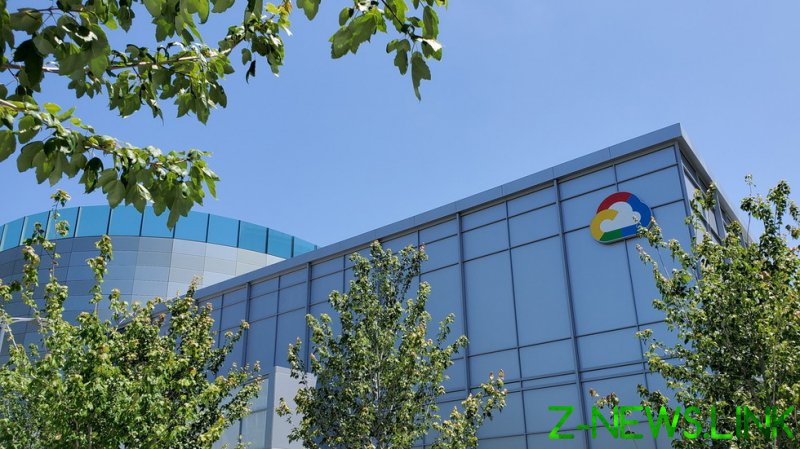 The tech behemoth has been “aggressively pursuing” the contract, New York Times reported on Wednesday, citing “four people familiar with the matter.” Google sees the issue as a priority, designating it a “code yellow” emergency in internal documents, the report claims.

Google has reportedly been working hard behind the scenes to secure the contract, diverting a considerable chunk of its resources and pulling engineers from other projects, to prepare a viable proposal for the Pentagon, according to the Times.

Chief executive officer of Google Cloud Thomas Kurian reportedly met with the Air Force Chief of Staff General Charles Q. Brown on Tuesday to pitch the firm’s cloud computing technologies. While it is unclear if the meeting has resulted in any agreement between the parties, the Times reported that Google was hoping to “make the case” for the tech giant’s services.

The Joint Warfighter Cloud Capability, which is part of Pentagon’s multi-billion modernization initiative, is a successor of the $10 billion Joint Enterprise Defense Infrastructure (JEDI) cloud contract, which never materialized due to protracted legal disputes.

Amazon expected to win the JEDI contract, but the Pentagon awarded it to Microsoft in 2019 instead. The company’s CEO Jeff Bezos immediately challenged the decision, arguing that it was made due to “personal animus” towards him by then-president Donald Trump. Following almost two years of legal wrangling, the Pentagon ultimately pulled the plug on the multi-billion dollar project in July. Unlike JEDI, the JWCC is set to involve “multiple” vendors.

Although the Pentagon initially suggested that only Amazon and Microsoft were suited for the contract, officials did not rule out that other bidders may come into the equation after they determine that they can meet the specific requirements.The Pentagon said it completed the market research last month, and the contracts are set to be awarded by April 2022.

Unveiling the initiative back in July, the Department of Defense said that the JWCC is set to boost “such warfighter capabilities as joint all domain command” and “artificial intelligence and data acceleration initiative.”