Goffin and Dimitrov will determine the winner of the Final tournament 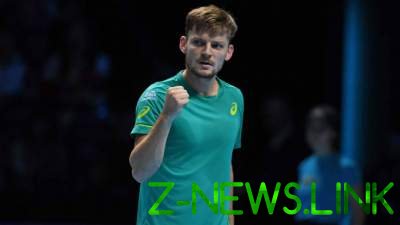 At the Final tournament in London decided the participants of the decisive match.

David Goffin in the 1/2 final sensationally beat Roger Federer and did not allow the Swiss for the seventh time to become the champion of the ATP Finals. The Belgian after the defeat in the first set and never lost his serve and two breaks brought him a ticket to the playoff.

Goffin became only the sixth tennis player, who at one tournament to beat Rafael Nadal and Roger Federer. A similar achievement is the record of Novak Djokovic, Nikolay Davydenko, David Nalbandian, Andy Murray and Juan Martin del Potro.

A similar scenario took place and the second semi-final – Grigor Dimitrov allowed Jack Juice to take the lead, but dominated on the court. In the final set, the American actively resisted – in the first game of the Juice missed the break-point and with the score 3:5 made Dimitrov twice to save the game on his serve.

Grigor Dimitrov due to the breakthrough in the final of the tournament guaranteed the end of the season in the status of the third racket of the world, what will be the new best result in the career of the strongest tennis players of Bulgaria.