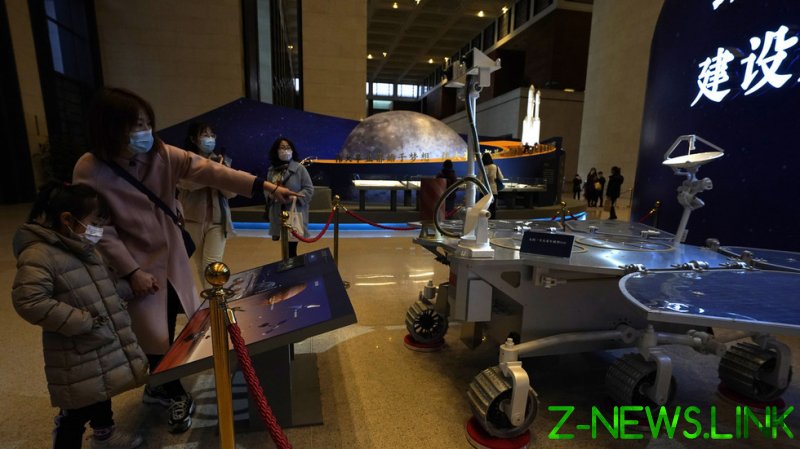 The name is rather apt given the Chinese word for the red planet is Huoxing (which means “the planet of fire”), but it is also a composite of two other Chinese words, Zhu (meaning “wish”) and Rong (meaning “integration and cooperation”).

According to Wu Yanhua, deputy director of the CNSA, the name is intended to signify the lighting of China’s planetary exploration while encompassing China’s vision of the peaceful use of space and the shared offworld future for humanity.

On April 24, 1970, China launched its first satellite, Dongfanghong-1, into Earth’s orbit and the announcement of the new rover’s name marked the 51st anniversary of the nation’s entry into space.

The rover measures 1.85 meters (6 feet) high and weighs about 240 kilograms (529lb) and was designed with an operational lifespan of three Martian months or roughly 92 Earth days. Its intended purpose is to study the composition of Martian soil while examining the planet’s geological structure and climate.

A campaign to propose and collect name suggestions launched in July 2020 with online voting taking place between January 20 and February 28, 2021, just four days after the country’s current mission to Mars, Tianwen-1, entered Mars’ orbit on February 24.

Tianwen-1 comprises both an orbiter and rover, with the latter scheduled to conduct a soft landing in May. The autonomous touchdown will take between seven and eight minutes and is expected to land safely in a flat region in the southern part of the Utopia Planitia, believed to be the edge of an ancient ocean or lake which has long been dried up.

The Tianwen-1 rover will study the atmosphere, relief, geological characteristics and features of the red planet’s magnetic field with findings to be sent back to Earth by year’s end.