Home / WORLD / Give ‘moi’ a break: UK PM Johnson tells France to get over their AUKUS deal grievances

Give ‘moi’ a break: UK PM Johnson tells France to get over their AUKUS deal grievances 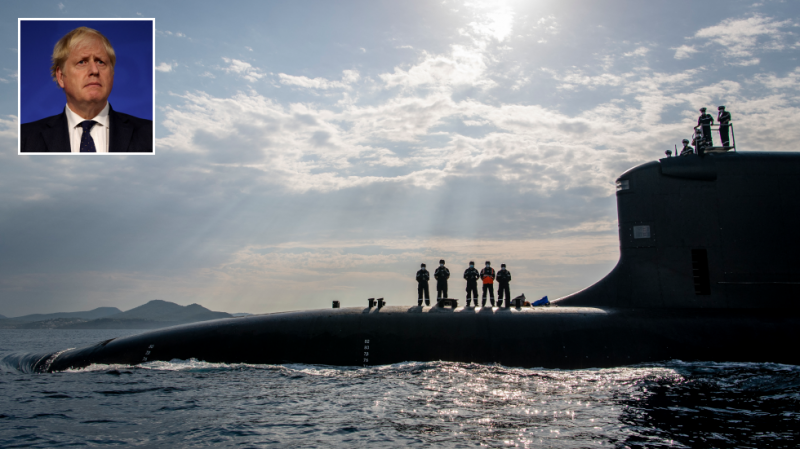 Speaking in Washington on Wednesday, Johnson burst into Franglais to make a stab at the French when asked about the ongoing dispute over the new AUKUS alliance: “I just think it’s time for some of our dearest friends around the world to prenez un grip [get a grip] about all this and donnez-moi un break [give me a break].”

Johnson insisted that the three-way agreement between Australia, the UK and US is not “exclusive,” nor is it “trying to shoulder anybody out” or be “adversarial towards China.” The AUKUS alliance, he said, “is three very like-minded allies standing shoulder to shoulder and creating a new partnership for the sharing of technology.”

The PM’s dig at Paris appears to be starkly different from the “ineradicable” love and admiration for France that Johnson spoke of a mere two days prior, with the UK leader praising the friendly Anglo-French relations.

France has been furious that Australia scrapped a major deal that it had with Paris in favour of acquiring nuclear-powered, but conventionally armed, submarines from the US and UK under the AUKUS initiative.

In the wake of the announcement, French Foreign Minister Jean-Yves Le Drian expressed his upset at the pact, stating that such action “isn’t done between allies.” Taking a special hit at Canberra, he said its ditching of the deal is “a stab in the back” that had destroyed “the relationship of trust with Australia.”

Australian Prime Minister Scott Morrison, however, insisted that he had made it very clear to French President Emmanuel Macron in June that scrapping the deal was always a possibility, and that Paris was notified ahead of the announcement. France, however, denies this.

Aside from vocal protest, Paris recalled its ambassadors from Washington and Canberra for consultations, as well as symbolically cancelling celebrations for the Battle of the Capes, a 1781 French naval victory over the British that helped America gain its independence.