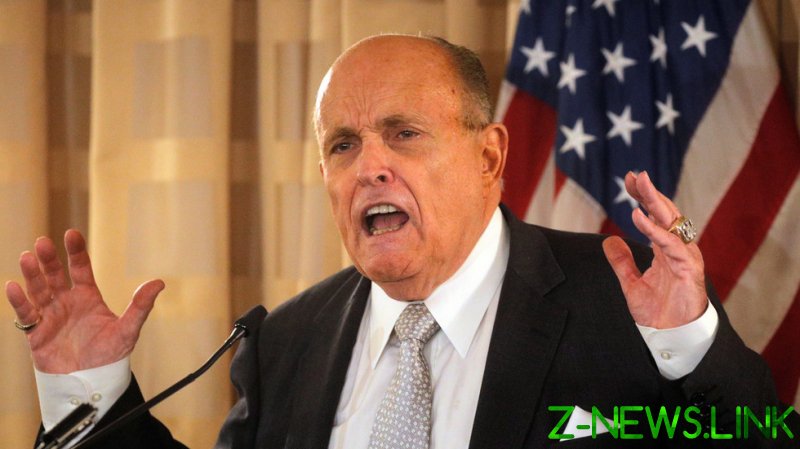 The repair-shop owner handed the laptop, allegedly left for repair by Biden and then abandoned, over to the FBI some time in December – but not before making four complete copies of the data as insurance, the former New York City mayor claimed, in a recent interview with The Daily Caller.

“He gave two to friends of his in case he was killed,” Giuliani, who shared information from the drive with the New York Post this week, claimed.

For anyone thinking such words may be a bit extreme, Giuliani insisted it was a real concern, because of “very dangerous” people trying to protect the Bidens.

“Don’t laugh,” he told the interviewer. “The presidency is at stake and we have some very dangerous people involved. I’ve been in law enforcement long enough to know you don’t laugh at that. The reality is, he kept four copies and gave two to friends in case he was killed.”

Giuliani, who got the hard drive data last month, also claims the shop owner had tried passing it along to other Republicans, who, he says, refused to help release the information. That is, until he allegedly came into contact with Giuliani’s attorney, Robert Costello.

Information from the hard drive, which has been disputed by Democrats and some in the media, highlight alleged scandals involving Hunter Biden’s business dealings with Ukrainian and Chinese entities, and suggested his father, former Vice President Joe Biden, was aware –even involved– in these business relationships while he worked in the White House, despite claiming to know nothing of them in the past. The hard drive also allegedly contains lewd images of Hunter Biden, including one where he appears to have a crack pipe in his mouth.

Giuliani claims more information from the hard drive will be released in the days leading up to the presidential election, including texts he claims show the Bidens working a “kickback” program, through which half of his son Hunter’s earnings off of foreign deals went back to him.

Joe Biden has denied the legitimacy of Giuliani’s claims and called the Post report on his son a “smear campaign.”