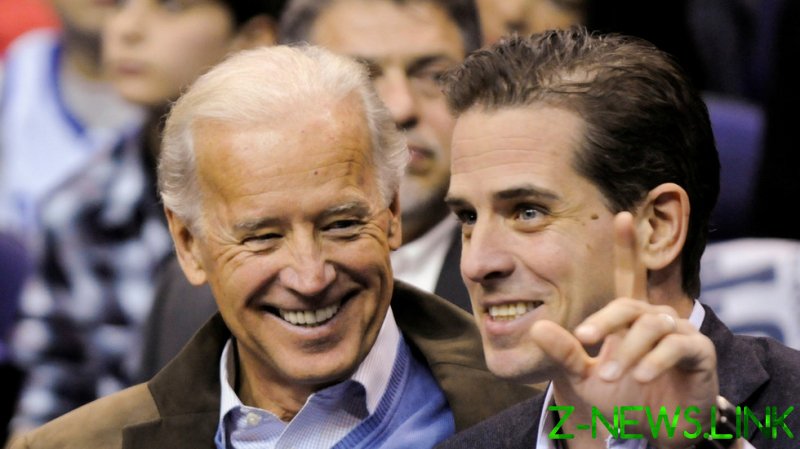 According to Giuliani, a text message sent from Hunter Biden to his father complains about how Hunter’s sister-in-law, who was once his lover, told his therapist that he had been “sexually inappropriate” with a 14-year-old girl.

His sister-in-law went on to say that “he had been sexually inappropriate with [redacted] when she says that I face time naked with her and the reason I can’t have her out to see me is because I’ll walk around naked smoking crack,” the text message, read by Giuliani, allegedly said. The text went on to say that, when she was pressed, she acknowledged that “[redacted] never said anything like that,” but that she maintained Hunter creates a “very unsafe environment for the kids.”

Trump’s attorney went on to argue that Hunter’s father appears to have done nothing in response to the troubling message.

“This was sent to the vice president… What did he do about it? [It’s been] three years,” Giuliani asked. He said the text messages were “supported by numerous pictures of underage girls” and that he had turned over all the potentially incriminating materials to the Delaware State Police.

Giuliani didn’t provide further details about the photographs, but stressed that “we’re very uncomfortable with the fact that these underage girls were not protected.”

The Delaware Department of Justice told the Daily Beast it would not comment on the materials turned over by Giuliani, stating that there were “ongoing questions about the credibility of these claims.” The department referred the matter to the FBI.

The hard drive was reportedly given to Giuliani, as well as the FBI, by a Delaware repair-shop owner after Hunter allegedly failed to pay for repairs to his laptop and never returned to retrieve the computer. In an earlier interview, Giuliani claimed the shop owner gave two friends copies of the hard drive “in case he was killed.”

Trump’s attorney only received the hard drive last month, after the shop owner had tried passing the data to other Republicans, who apparently showed no interest in the potentially explosive discovery.

Unverified reports have been circulating that an FBI agent with the same name as an investigator who previously worked on child pornography cases had subpoenaed Hunter’s laptop.

Republican Senator Ron Johnson, the chairman of the Senate Homeland Security and Governmental Affairs Committee, told Fox News that the FBI should “come clean” about any potential probes into the hard drive, adding that his own committee “uncovered so many troubling connections, so many things that need to be investigated, that I really think we’re just scratching the surface.” He said that it was likely that more information about the contents of the hard drive would be revealed in the coming days.

The leaks, revealed by the New York Post, have been heavily censored on social media platforms such as Twitter and Facebook, with many outlets either ignoring the emails or dismissing them as “unverified.”

Biden has denounced the Post’s reporting as a “smear” campaign against his son.

As the Post reported, the hard drive contained emails that reveal questionable business dealings between the Bidens and a Ukrainian energy firm, as well as a scheme by Hunter to enrich his family through his Chinese connections. The former vice president has claimed on numerous occasions that he knows nothing about his son’s foreign business dealings. The computer also reportedly contained compromising photographs of Hunter, including one where he appears to have a crack pipe in his mouth.