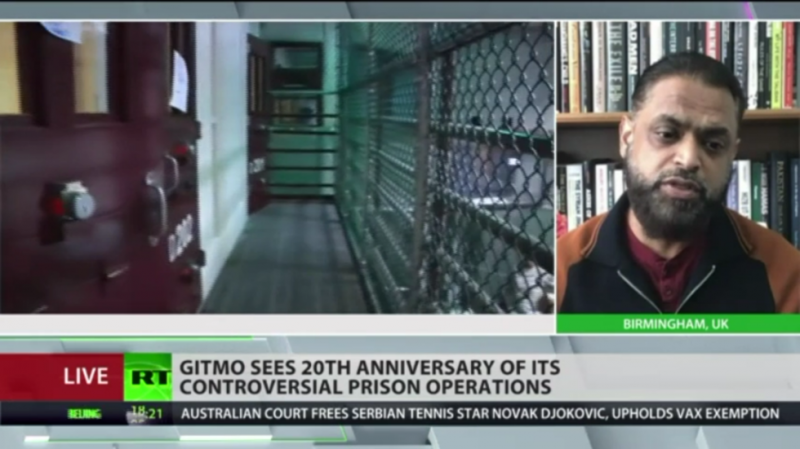 Begg is one of hundreds of men who went through the military prison created by the George W Bush administration in January 2002 to keep captives of his global ‘War on Terror’ incarcerated. The British citizen was released after spending three years behind bars without trial and became an advocate for others locked up in Gitmo.

Despite all known abuses and legal questions associated with it, Guantanamo managed to exist for two decades. This fact shows the entrenched dedication of the US under subsequent presidents to its survival, he told RT.

Bush said he wanted to close his creation and in fact it was under his administration that most of the prisoners in Guantanamo were released. Barack Obama pledged to shut it down and in January 2009 issued an executive order to do so, but after his two terms the facility was still operational. Trump contrasted both in stating his intention to keep it running. 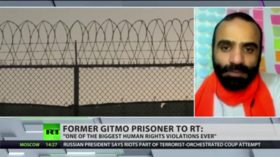 “Trump came along and he said that he’ll keep the place open, but he only did that because Obama wouldn’t prosecute and gave immunity to all of those who were involved in the torture program,” Begg pointed out.

Obama infamously acknowledged that “we tortured some folk” – doing things that were wrong and contrary to stated American values – but refused to hold to account those responsible. To his credit, he banned the use of what the Bush administration euphemistically called “enhanced interrogation techniques.”

Begg said he was subjected to his share of the mistreatment in Guantanamo and witnessed crimes being committed on others.

“I saw two people beaten to death,” he recalled. “I saw one prisoner with his hands tied above his head to the top of the cage being repeatedly punched and kicked until he was killed. The Americans have accepted that this was a homicide.”

Personally, he was threatened with the safety of his family, with interrogators waiving pictures of his wife and children in front of him and leading him to believe that his wife was being hurt in the next cell, he added.

Last year, Begg and other former Gitmo prisoners called on incoming President Joe Biden to do the right thing and shut down the place that the activist described as “an absolute travesty of justice” during an interview with RT.

“You need to speak to us. The Congress needs to speak to us, the Senate needs to look at us and see our humanity. And we need to tell you what America has done to us,” he said.