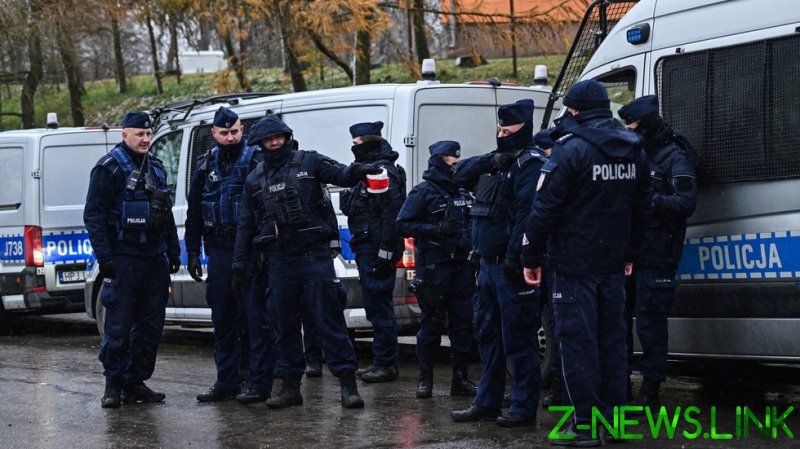 An explosion has rocked Poland’s police headquarters in Warsaw, the country’s Interior Ministry reported on Thursday. The blast went off in a room adjacent to the cabinet of the Commander-in-Chief of the Police, General Jaroslaw Szymczyk, with the official sustaining minor injuries.

The incident occurred at the HQ on Wednesday, with the commander remaining hospitalized “for observation.” A civilian employee at the HQ also received minor injuries in the blast but did not require hospitalization. The interior ministry stressed that the explosive device was a ‘gift’ Szymczyk had received during a recent visit to Ukraine.

“The item was a gift from one of the heads of the Ukrainian services,” the ministry said, without elaborating on the nature of the package or naming the Ukrainian official who’d given it to Szymczyk.

According to local media reports, the blast also inflicted minor structural damage to the building, with the ceiling of the affected room being pelted with shrapnel. Some outlets suggested the Ukrainian ‘gift’ was actually a “grenade launcher” that was accidentally discharged inside the HQ.

Warsaw has already reached out to Kiev over the blast, demanding it provide “relevant explanations” on the nature of the incident. The prosecutor’s office has also launched a probe into the explosion, the ministry noted. So far, Kiev has not made any public statements on the affair.

Poland has been among Ukraine’s top supporters amid the ongoing conflict between Moscow and Kiev, which broke out in late February. Warsaw has actively supplied Kiev with assorted weaponry, including heavy armor, while Polish mercenaries have been taking active part in the hostilities, according to the Russian military. Multiple top Polish officials have repeatedly traveled to Ukraine amid the conflict, demonstrating their support for various authorities there.