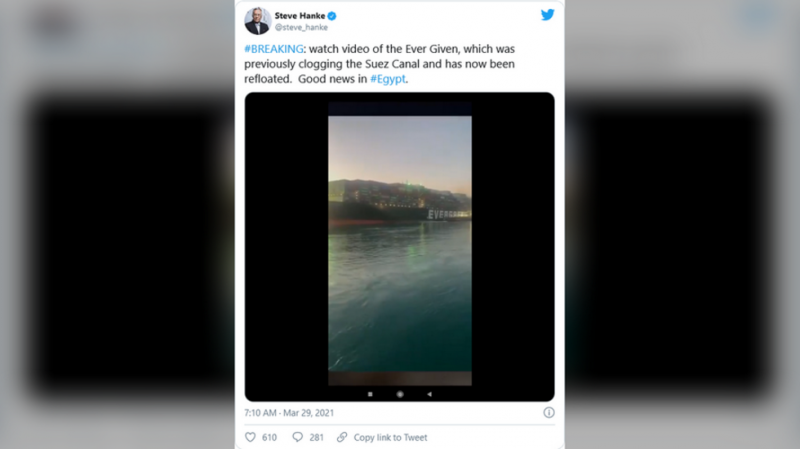 The long-awaited liberation of the ship sparked raucous celebrations at the port. The vessels trapped by the giant ‘beached’ vessel for almost a week blew their horns as they rejoiced at the news.

The Ever Given was refloated at 4:30am local time on Monday, Inchcape tweeted, adding that the ship, which is one of the largest container vessels in the world, is “being secured at the moment.”

Earlier on Monday, the Suez Canal Authority reported that 10 tug boats would push and pull the Panama-flagged ship from four different directions at dawn, hoping to make use of high tide.

It is unclear when the 360 ships waiting in the massive traffic jam to transit the channel will be given the green light to pass.

The blockage of the waterway, which accounts for about 15% of world shipping traffic, was estimated to incur a $400 million loss per hour due to delays. The incident also cost the canal up to $14 million in lost revenue daily. On average, 50 vessels pass through the narrow waterway connecting Europe to Asia per day.