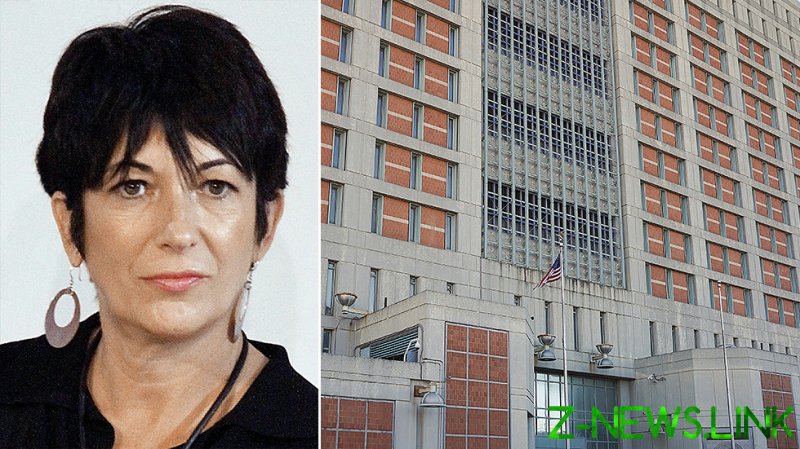 “While her weight may currently be fairly consistent, she had lost over 15 pounds, and she is sustaining hair loss,” wrote attorney Bobbi Sternheim to the District Judge Alison Nathan, who is overseeing Maxwell’s case.

The letter was filed in response to the Federal Bureau of Prisons defending the socialite’s jail conditions at the Metropolitan Detention Center in Brooklyn, noting that she was “in good health” at a healthy weight of 134 pounds.

The Bureau’s comments were themselves a reply to Maxwell’s lawyers’ complaints about her terms of confinement, alleging frequent invasive searches, constant surveillance and sleep deprivation.

“It is obvious that Maxwell is bearing the brunt of BOP incompetence,” Sternheim wrote to the US judge. The lawyer said the “extraordinarily onerous conditions of constraint” were imposed on her to “avoid the catastrophic consequences of negligence“ which led to Epstein’s apparent suicide in 2019.

Maxwell’s alleged partner in crime hanged himself while similarly awaiting trial on sex trafficking charges at the Metropolitan Correctional Center in Manhattan.

Sternheim requested that the detention center’s warden be brought before court to debrief the judge on Maxwell’s conditions.

The complaints appear to coincide with Maxwell once again seeking release on bail, after it was previously denied in July.

Awaiting trial on multiple counts of human trafficking, Maxwell is suspected of having procured girls as young as 14 for Epstein to abuse, and abusing some of them herself. Maxwell denies the charges.