‘GET OUT!’: New York gym owner fights back against Сovid restrictions, boots sheriff off property (VIDEO) 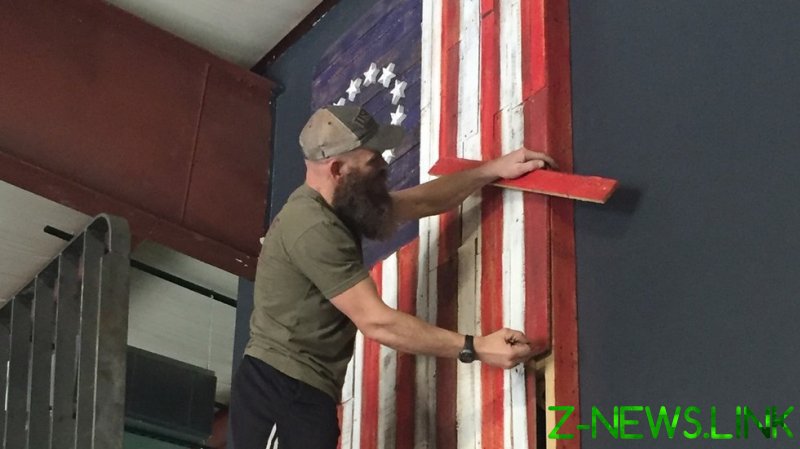 In the video, which spread across social media over the weekend, gym owner Robby Dinero refused to allow a county health inspector and sheriff’s deputies into his gym to enforce a shutdown order.

Dinero gathered around 50 local business owners inside his gym on Friday night to protest the state’s ‘Orange Zone’ regulations, telling the inspector that he has seen clients “die because they’ve lost their livelihoods.”

“We do have compassion for people who’ve lost everything,” the inspector replied, before Dinero shot back: “Well you need to go ahead and have compassion out in the parking lot. This is private property, you’re not wanted here!”

“You guys have to leave,” he continued, before the group of business owners chanted “get out!” as the officials left the gym.

Despite allowing elderly Covid-19 patients back into nursing homes this spring and presiding over the nation’s second-highest death rate from the virus, New York Governor Andrew Cuomo has been praised by liberals for his response to the coronavirus pandemic, even winning an Emmy award for his televised briefings. However, his designation of parts of Erie County, where Buffalo is located, as an “orange zone” on Friday has angered “nonessential” business owners there, who must now close their doors.

“I called this meeting together so we could protest the closing of small businesses, the handpicking of winners and losers,” Dinero, a Marine Corps veteran, told Buffalo News. Dinero complained that authorities didn’t try to stop ‘Black Lives Matter’ protests over the summer, or celebrations on the street when Joe Biden was declared the winner of the presidential election earlier this month. “It was no problem for people to come out then,” he said.

Dinero, who only shut his gym earlier this year when a building inspector threatened to shut off his utilities, told Buffalo News that he would be organizing “some very dynamic protests” against the ongoing restrictions. He added that he would not be changing his Thanksgiving plans, as Cuomo advised New Yorkers to do on Thursday.

“I’m going to have a huge family gathering and we’re not going to wear masks,” he said.