Germany’s Oktoberfest canceled once again due to Covid-19 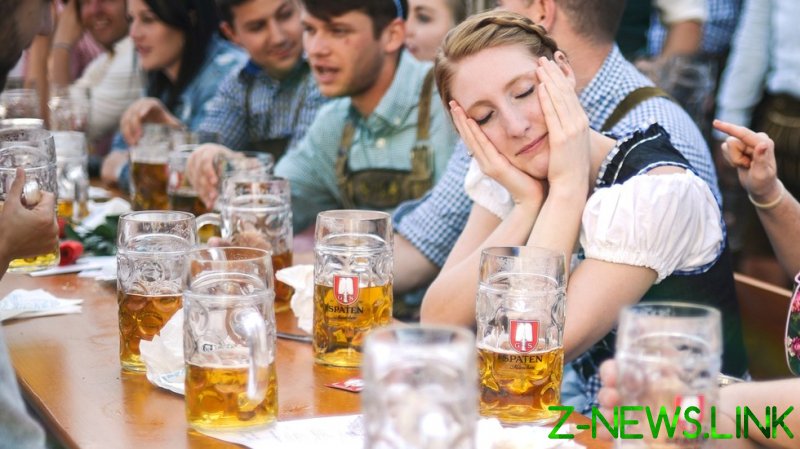 After not being held in 2020, the popular festival was expected to make a comeback this September. But beer lovers will have to wait another year, as the epidemiological situation in Germany, where 3.4 million have been infected and more than 83,000 have died due to Covid-19, is not yet under control.

“Imagine if there was a new wave and it then became a super-spreader event. The brand would be damaged forever – and we don’t want that,” Bavarian State Premier Markus Soeder said, as he announced the cancelation of Oktoberfest 2021.

Social distancing, masks, and other anti-coronavirus measures would have been “practically impossible to implement” at the event, which usually draws some six million attendees from right across the globe, Soeder pointed out.

And Oktoberfest is all about bonding, not social distancing, with people gathering in vast marquees and sitting at long communal tables to swig beer, munch on sausages, and listen to live folk music.

When the festival was last staged, in 2019, it swelled the coffers of the Bavarian economy  by €1.23 billion ($1.5 billion). However, Oktoberfest boss Clemens Baumgärtner called the decision to cancel this year’s event “completely correct”. Maintaining its reputation as “a high-quality, safe festival” was more important, he insisted.

It’s not the first time in Oktoberfest’s 200-year history that the organizers have been forced to cancel it due to an epidemic. A cholera outbreak put paid to plans in 1854 and 1873, while World War II saw it mothballed for several years.

An alternative Oktoberfest is expected to be staged in Dubai this year, but the Munich organizers have made it clear that they had nothing to do with that event. Last week, Baumgärtner blasted the holding of the breakaway festival as “absolutely absurd” and vowed to explore all legal options “to protect Munich’s Oktoberfest.”