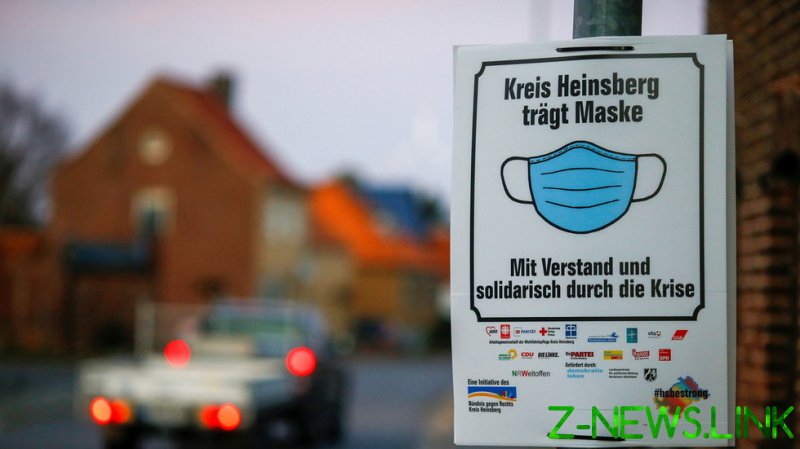 The chancellery wants to delay the lifting of restrictions until a later date in April in an effort to curb a rise in infection cases “accelerated by Covid-19 variants,” the document reportedly states.

The paper is expected to “serve as the basis” of an upcoming meeting on Monday where Chancellor Angela Merkel will speak with local German leaders about prolonging lockdown restrictions.

Reportedly, the memo doesn’t give a date for the end of restrictions, nor does it detail any new plans for the reopening of Germany, but it does say regions should be able to launch “temporary model projects” that would allow for the reopening of “individual areas of public life with strict protective measures and a test concept.” Regional tests could then provide data on the “feasibility” of a larger reopening made possible through Covid-19 testing.

Germany, like other European Union member states, has fallen far behind in its vaccination rollout program compared to countries like the United Kingdom, Israel and the United States. German Minister of Health Jens Spahn warned on Friday that “there are not yet enough vaccines in Europe to stop the third wave [of the virus] through vaccinations alone.” He added that Germany and the EU “may even have to take steps backwards” to curb the spread of Covid-19.

While Germany is seeing new records in coronavirus cases, people are demonstrating their exhaustion over the restrictions during massive street protests. On Saturday, rallies were held in several cities across the country. In the central city of Kassel, a demonstration ended in clashes between protesters, counter-protesters and police, who deployed pepper spray and batons.