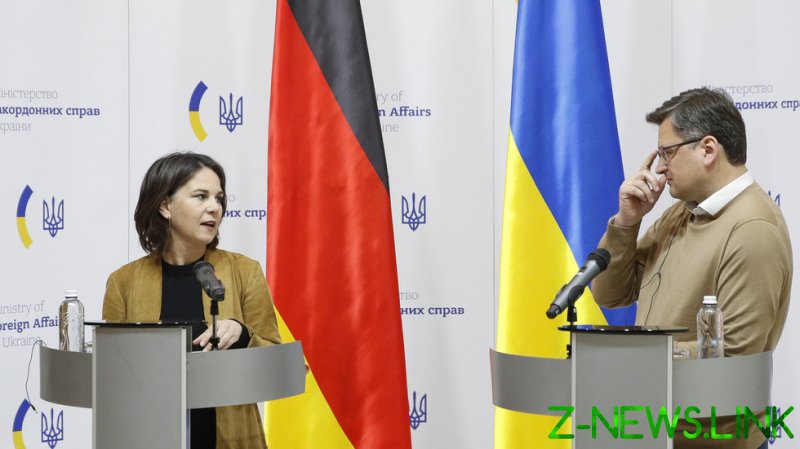 German Foreign Minister Annalena Baerbock confirmed during a visit to Kiev that her country, along with the Netherlands, will provide Ukraine with state-of-the-art heavy weapons, including the Panzerhaubitze 2000, and will begin training for the Ukrainian military “over the next few days.”

Accompanied by her Dutch counterpart, Wopke Hoekstra for part of the visit to Ukraine, Baerbock said the seven howitzers Germany is giving Kiev to enable it “to protect its cities against future attacks” will arrive in Ukraine before the military training is complete. This way, she explained at a press conference with her Ukrainian counterpart, Dmitry Kuleba, the soldiers will be prepared to operate the equipment immediately after their return to the warzone from Germany.

Berlin’s decision to send self-propelled howitzers to Ukraine, announced three days ago by Defense Minister Christine Lambrecht, marked yet another U-turn in Germany’s post-Nazi policy of not sending heavy weapons to war zones. 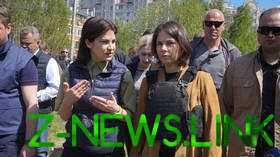 Russia has consistently warned the West against “pumping up” Ukraine with weapons, saying it will only lead to a prolonging of the conflict and long-term problems. Moscow also made it clear that it would consider any foreign weapons within Ukraine as legitimate targets.

During her surprise trip to the conflict-torn country, Baerbock said that Germany stands “unchangeably on the side of the Ukrainians and free Kiev,” adding that she is happy not only to announce the reopening of the German embassy in the capital, but to be able to say “free Kiev.” The minister explained that “in the dark days after February 24,” when Russia launched the military operation, the minister “had doubts about saying that phrase anytime soon.”

Germany is committed to continuing its pressure on Russia, Baerbock said, as the EU now considers its sixth package of sanctions against the “aggressor.”

“That’s why we are reducing our dependence on Russian energy to zero with all consistency – and forever,” she said.

However, the German minister had some disappointing news for Ukraine. Baerbock stressed that there would be “no shortcut” to EU accession, and while Ukraine would certainly receive “clear candidate status,” there should be “no empty promises” on the way forward. 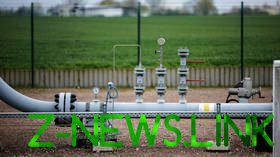 During her visit to Ukraine, Baerbock was welcomed by President Volodymyr Zelensky. Hoekstra also attended the meeting.

Earlier, Baerbock visited the battle-scarred Kiev suburb of Irpen and the town of Bucha, the site of alleged atrocities against civilians that Kiev attributes to Russian forces. Moscow has denied the accusations and says they are part of a Ukrainian “smear campaign” against its military.