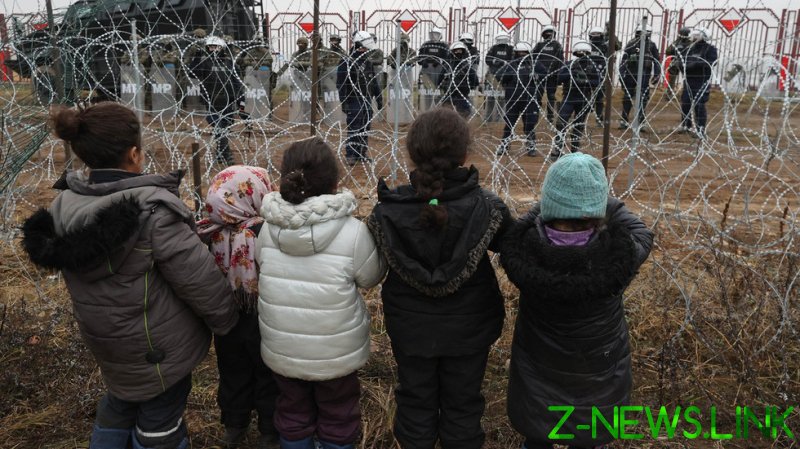 Speaking in Warsaw, Seehofer said Germany would contribute to humanitarian efforts to help the migrants on the Belarus side of the border, but has not offered and will not offer to receive any of the estimated 7,000 people. He called such reports “false information.”

“What we will not do is take in refugees, give in to the pressure,” Seehofer said.

Germany is “fully” on the side of Poland, the minister added, noting that Warsaw is doing the right thing in the face of illegal migration “organized perfidiously by Belarus.”

His comments came after Natalia Eismont, the spokeswoman for the country’s President Alexander Lukashenko, said that German Chancellor Angela Merkel had agreed to negotiate on behalf of Brussels over a humanitarian corridor for some of the Middle Eastern asylum-seekers.

Around 7,000 migrants have been camped on the Poland-Belarus border for over a week. Eismont said that if Germany opens a path for 2,000 of them, Belarus will help the remaining 5,000 fly back to the Middle East. A group of 400 migrants has already departed Minsk on a flight to Iraq on Thursday.