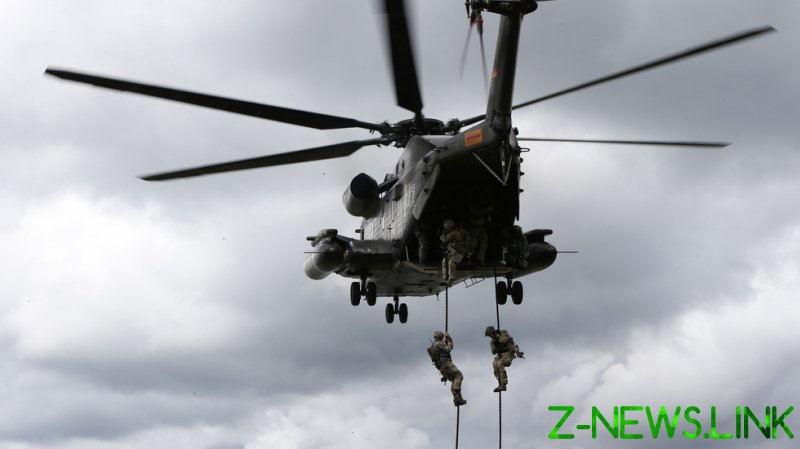 The pair of plainclothed Bundeswehr soldiers turned up at an Arizona medical clinic looking to find out whether Germans would be able to receive treatment there in case of injury or infection with Covid-19. But the mystery men’s visit set off alarms among the hospital staff, German outlet Der Spiegel reported on Monday.

Hospital workers immediately alerted the FBI, suspecting the visitors could have been terrorists casing the hospital for an attack.

The hospital staff reportedly said the Germans were behaving strangely – for example, by appearing in plain clothes and refusing to show any form of identification aside from NATO marching orders – which apparently only increased their suspiciousness.

The FBI responded to the hospital staff’s tip with “great urgency,” according to Der Spiegel. To make matters worse, the commandos were operating under their unit’s strict level of secrecy, and the German embassy in Washington was unaware of their mission – a situation which no doubt further panicked the FBI. The misunderstanding was reportedly only resolved after multiple phone calls between the two governments.

While the local clinic would have been unaware of their existence, the KSK’s US training missions are not exactly a state secret. Not only had a full company including a commander been conducting a weeks-long parachute course in Arizona since the beginning of the year, but journalists had been invited along on similar missions in the past, and the Bundeswehr had even used dramatic skydiving footage from such training missions on its YouTube channel, posting the video in the hope of piquing the interest of adventure-seeking young Germans.

The report is far from being the worst misadventure of German commandos as of late. The KSK was ground zero for an extremist plot in which an underground network of far-right soldiers had plotted to murder senior German politicians, including Green MP Claudia Roth, Foreign Minister Heiko Maas, and former President Joachim Gauck. The participants had actually stockpiled supplies, including weapons and ammunition – some taken from military storage – and substances known to be used for body disposal.

The problem had grown to such an extent that Defense Minister Annegret Kramp-Karrenbauer opted to partially disband the unit rather than attempt to reform its problem members – who had managed to largely extricate themselves from the military chain of command. One of the KSK’s four companies was considered so beyond redemption that it was to be dissolved completely.