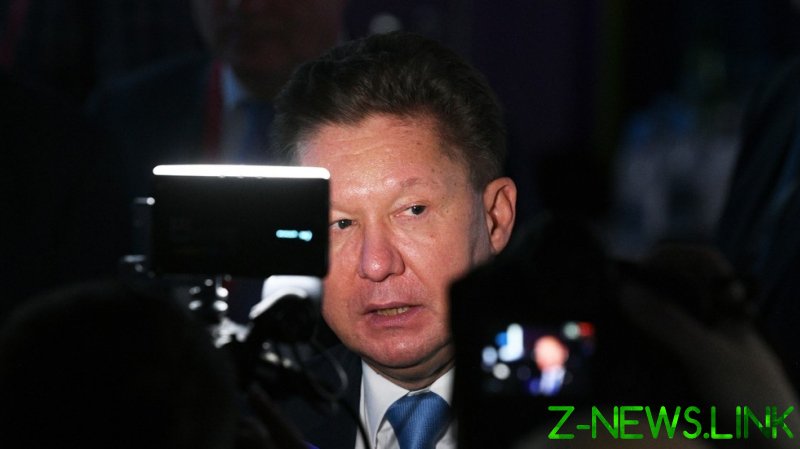 Entire cities in Europe could freeze over during the cold peak of winter, CEO of Russian energy major Gazprom, Aleksey Miller warned, speaking at Russian Energy Week on Wednesday.

According to his estimates, Europe may lack about 800 million cubic meters of gas per day which represents a third of the EU’s total consumption. In the worst case scenario set out by Miller, gas storage facilities in the region will only be 5% full by March.

“No one can guarantee that Europe will survive the winter with the current amount of gas reserves,” he said, adding that even if the bloc manages to scramble through this heating season, the question is “what will happen with the uploading for the next winter.”

Gazprom’s CEO reminded that Russia used to export between 0.6 to 1.7 billion cubic meters of gas per day to Europe in winter.

Miller called the idea of gas rationing, which Europe is set to introduce, “doubtful,” pointing at a lack of an implementation mechanism.

Last week, the International Energy Agency (IEA) announced that the EU will have to reduce its demand by up to 13% in the face of “unprecedented risks” to gas supplies this winter.

Although the EU has already filled its storage to 88%, the IEA said that 90% is required should there be further disruptions to supplies, a late winter cold spell, and a lack of LNG.