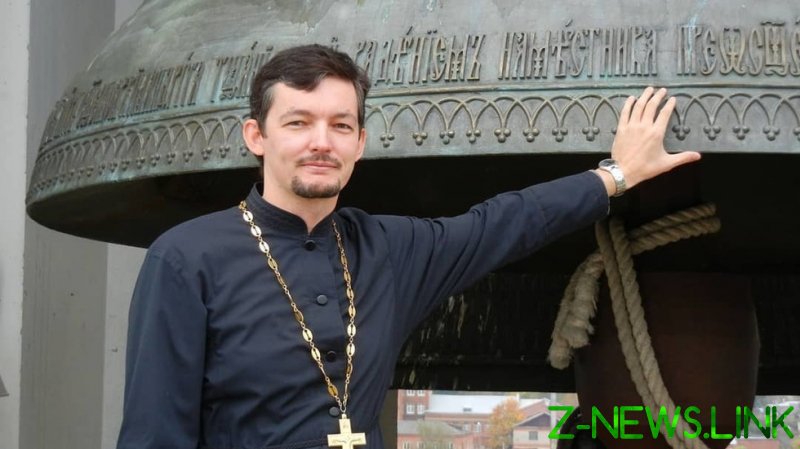 Alexander Usatov, a former cleric in the Rostov and Novocherkassk diocese in the south of Russia, says that he was forced to leave his post due to his orientation, leading to bullying inside the church. This was further exacerbated when he published a manifesto about his loss of faith. Following harassment and death threats, he contacted gay activists in the European Union and used their help to leave Russia. He now lives in the Netherlands.

Almost a year after he escaped Rostov, Usatov’s story has come to mainstream attention. On Monday, he told his side of the story to the website ‘Snob.’

“Earlier, I wrote about the ideological motives that led to my departure from the Russian Orthodox Church,” he wrote. “Now I am ready to reveal the whole picture: I could no longer remain in the church system, not only because I became an atheist. I am gay and have never felt safe.”

The priest also went on the offensive, attacking the church for having a ‘gay lobby’ but pretending to be homophobic. He even claimed that priests can sleep with higher-ranking members of the church to get promotions.

“On the one hand, everyone knows about the existence of the gay lobby and the opportunity to make an easy career after going through the bishop’s bed,” he said. “On the other hand, the most active parishioners of the church are ardent homophobes.”

However, according to Usatov, he was shunned when he told the local Metropolitan, Mercurius of Rostov, and subsequently became a target of bullying and ridicule. Sometime later, in March 2020, he was informed that an archpriest had written a denunciation accusing him of “support for [Alexey] Navalny, propaganda of the political opposition and LGBT campaigns among young people.”

This turned out to be a lie, but scared him enough to try to escape Russia, which he did last year.

In response to Usatov’s latest article, the Rostov Diocese has called him a liar, claiming that his superiors had no idea that he was gay. He would not have been bullied for his orientation but simply kicked out of the church, they say.

According to Igor Petrovsky, the press secretary for Metropolitan Mercurius, he would have been “deprived of his dignity long ago.”

“A homosexual priest would have long been asked to remove the cross if he was unable to put on his pants,” he told online publication Podyom. “After all, Usatov slammed the church door, claiming that his break was purely intellectual in nature.”