Home / WORLD / Galloway: I’m devastated by the killing of David Amess – I always felt it could happen to me. Politicians have no protection

Galloway: I’m devastated by the killing of David Amess – I always felt it could happen to me. Politicians have no protection 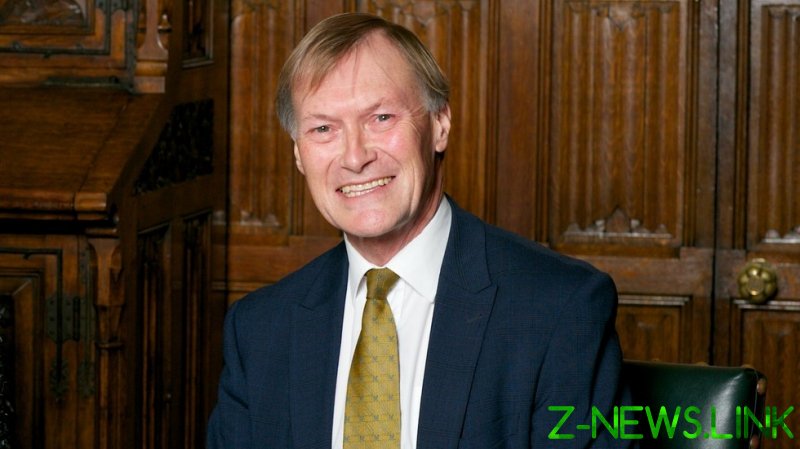 Alas poor David Amess, I knew him well. As a parliamentary colleague for almost 30 years, as a Christian activist on issues such as abortion and euthanasia and, of course, on Brexit where he was literally indefatigable.

Stabbed to death at his constituency surgery on Friday, he leaves a widow and five children who were his pride and joy.

Sir David was 69 and served the best part of 40 years in parliament. The man arrested at the scene as his alleged attacker is a 25-year-old of Somali origin.

The killing comes five years after the murder of Jo Cox MP, a young mother of two children, in Birstall, West Yorkshire, just before she was due to hold a constituency surgery.

Surgeries have become a death trap for British MPs. With no security, they are an open door to potential assailants and even murderers.

They are widely publicised – Sir David tweeted his whereabouts and availability just hours before he was killed.

Several others have been attacked in their constituency surgeries. In 2010, Stephen Timms, a minister in Tony Blair’s government, was stabbed multiple times in Newham, East London, but survived.

And the constituency manager of a close colleague of mine was stabbed to death at Liberal Democrat headquarters in Cheltenham with a Samurai sword whilst defending the MP Nigel Jones.

No lessons were learned from any of these tragedies. No security. No metal detectors. We have remained in the days of the amateur.

I sat every weekend in such surgeries for almost 30 years. In attendance were some disturbed people. Angry people, including people who were angry with me.

I always felt that such a thing as happened to Sir David could happen to me, or something like it.

And something like it did happen in 2014, in broad daylight in the street in London, when I was assaulted and hospitalised in a politically motivated attack. If my attacker had been carrying a knife, I too would have been dead. Indeed, earlier that day on Facebook he wrote that he would like to stab me to death.

Nobody in authority took that assault seriously at all, including the then Speaker of the House of Commons John Bercow.

All the precautions and protections I demanded were refused. Two years later Jo Cox was killed. So, five years after that, has been Sir David Amess M. RIP.