G20 leaders pledge ‘meaningful and effective’ climate action in final statement, but give few concrete steps to a cooler planet 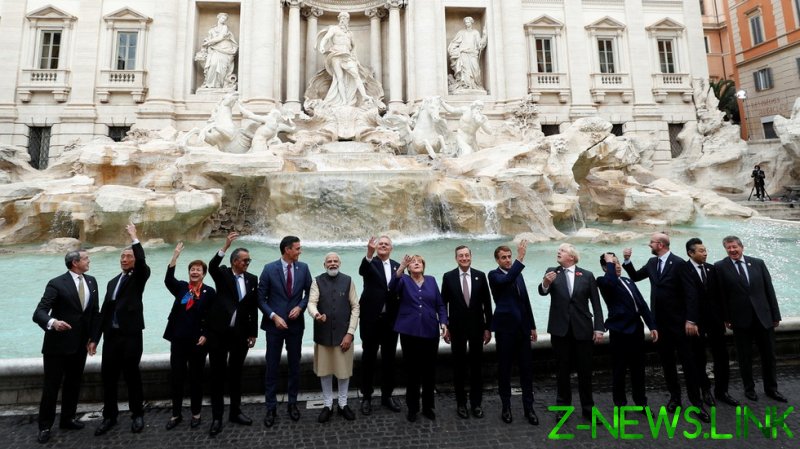 In the post-summit communique, the leaders of the world’s largest economies called for “meaningful and effective” action to limit global warming at 1.5 degrees Celsius above pre-industrial levels, Reuters reported shortly before the final document’s release.

Though the 1.5-degree target is more ambitious than the two degrees goal set out by the Paris climate agreement, the document reportedly outlines few concrete actions that will be taken to achieve it. Furthermore, while multiple countries – including the US and oil producer Saudi Arabia – have pledged to be carbon-neutral by 2050, no reference to this date is made in the text of the communique, Reuters reported.

The communique does contain a commitment to ending public funding for coal-fired power plants abroad by the end of the year, and coal power in general “as soon as possible.” The G20 leaders said that they would commit $100 billion per year until 2025 to helping the developing world achieve this goal too.

The communique was released the same day the UN Climate Change Conference (COP26) kicks off in Glasgow. It is here that concrete emissions targets and investment in renewable energy will be discussed in finer detail.

Over two weeks, world leaders are expected to issue a flurry of environmental proclamations, including subsidies for electric vehicles, the phasing out of fossil fuels, and commitments to end deforestation. US President Joe Biden is expected to tout over $500 billion in new spending on environmental programs, part of a mammoth spending package currently subject to fierce debate in Congress.

Participating countries, however, are split on how to balance environmentalism and economic growth. Germany, for example, embraced wind power in recent years, only to fall back on coal when the wind literally failed to blow.

Some green power initiatives also appear counterproductive. In the UK, one massive coal-fired power plant in Yorkshire was converted to burn biomass, but recent reports suggest that this supposedly carbon-neutral plant releases more carbon dioxide and harmful particulates than some of Europe’s worst coal facilities.

In a virtual appearance at the G20 on Sunday, Russian President Vladimir Putin called for a clear assessment on how much emissions various sources of power actually produce. Solar power, he noted, is four times dirtier than nuclear power. The world community needs to test various climate projects in terms of their net impact on emissions per dollar of investment, Putin suggested. “It may well turn out that, for example, conservation of forests in Russia or in Latin America would be more effective than investing in renewables in some nations,” he stated.