F(und) the police: Minneapolis allocates $500k to hire cops from other departments amid officer shortage 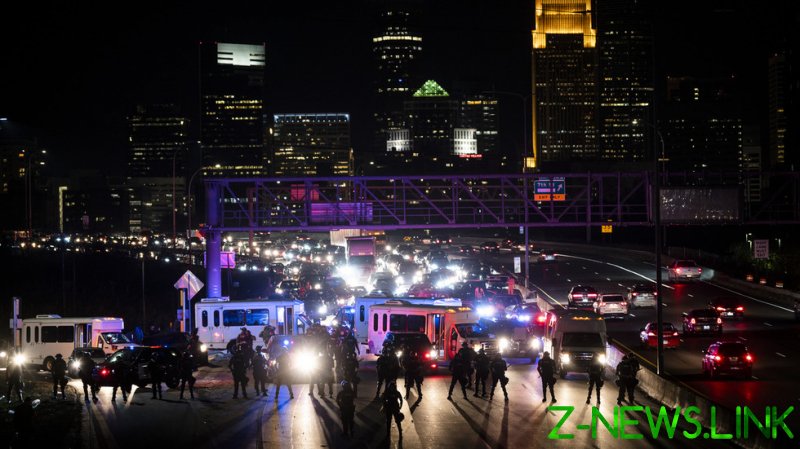 The decision was narrowly passed by the Minneapolis City Council in a 7-6 vote on Friday. The city has allocated $496,800 to bring 20 to 40 additional officers from Hennepin County Sheriff’s Office and Metro Transit, who will be helping the Minneapolis Police Department (MPD) from November 15 till the end of the year.

The idea to bring in reinforcements was floated by the city’s police chief, Medaria Arradondo, who revealed that nearly 500 people have been wounded by gunfire so far this year throughout the city.

“Our resources are hemorrhaging,” Arradondo told the city council on Tuesday.

The city’s mayor, Jacob Frey, admitted that the police force has faced a mass exodus of officers, with retirement rates growing more than twofold this year.

“On an annual basis we see somewhere in the range of 40 to 45 officers retire or resign,” Frey said. “Now, those numbers are well beyond 100. And it does have an impact.”

Apart from that, some 100 more officers are on paid leave and are not actually partaking in active duty, according to the city’s officials.

On top of the challenges of the coronavirus pandemic, the city has also faced an “intolerable level of gun violence and crime,” the mayor stated. The city has experienced a spike in homicides, with some 75 people killed so far this year. Other violent crime, such as robberies and carjacking, is on the rise as well, with more than 4,600 incidents registered – a five-year high.

Minneapolis has become ground zero for the Black Lives Matter protests that have been gripping the US for several months. In many cities across the country, the protests have repeatedly spiraled into rioting, with violence, arson, and widespread looting.

The protests were triggered by the death of George Floyd, a 46-year-old man who perished at the hands of Minneapolis police during a brutal arrest late in May. The incident has reinvigorated the drive against police brutality, resulting in bans on the use of riot control equipment in several cities. It also sparked the “defund the police” movement, proponents of which believe law enforcement departments should be stripped of a large chunk of their budgets, which should then be re-allocated to “community” projects.