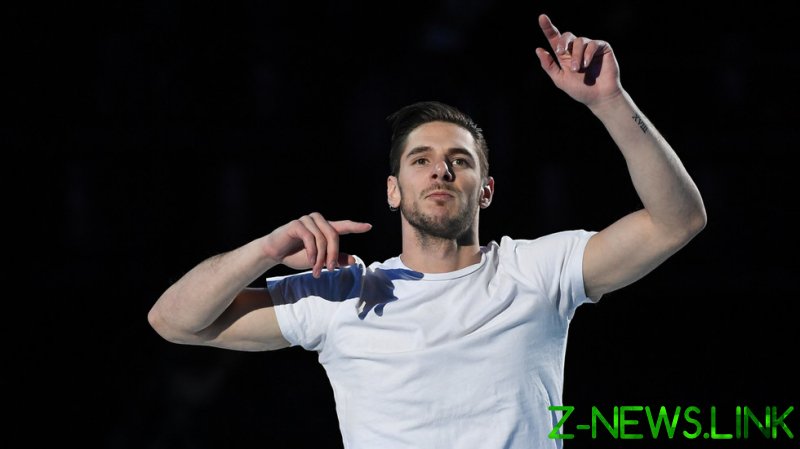 The Florida state attorney’s office has filed a felony charge against Ciprès, who allegedly sent pictures of his penis to a 13-year-old girl in 2017 while preparing for the 2018 Winter Olympics in the US with his skating partner Vanessa James.

READ MORE: ‘I had no idea about her assault’: Bareknuckle star backtracks her ‘absolutely horrible’ comments about combat queen Paige VanZant

According to USA Today, a warrant has been issued for the skater’s arrest, with his crime being reported as a third-degree felony, which carries up to five years in prison.

The controversial incident, which led to a huge scandal at the time, occurred in December 2017, when the 2019 European champion allegedly sent two lewd photos to a 13-year-old female skater who was training at the same rink in Florida.

According to local reports, a coach at the Advent Health Center Ice Rink, Vinny Dispenza, had asked the girl and her teammate – another underage girl – to message Ciprès asking him to send the photos in exchange for a pizza that Dispenza said he would pay for.

The skater sent two revealing photos from his verified Instagram account. This triggered independent investigations by the US authorities and the US Center for SafeSport, which battles all forms of abuse in sport.

Ciprès’s coaches, John Zimmerman and Silvia Fontana, were reportedly aware of the incident and tried to keep the girl’s family from reporting the abuse, because it could have negatively affected the skaters’ preparation for the Winter Games, in which they finished fifth.

The attorney for the girl and her family, Andrea Lewis, said the charge was “the first step towards justice for the victim and her family. No child should ever have to go through anything like this. By filing felony charges against Morgan Ciprès, the State of Florida has sent a clear message to him and other men who prey on children.”