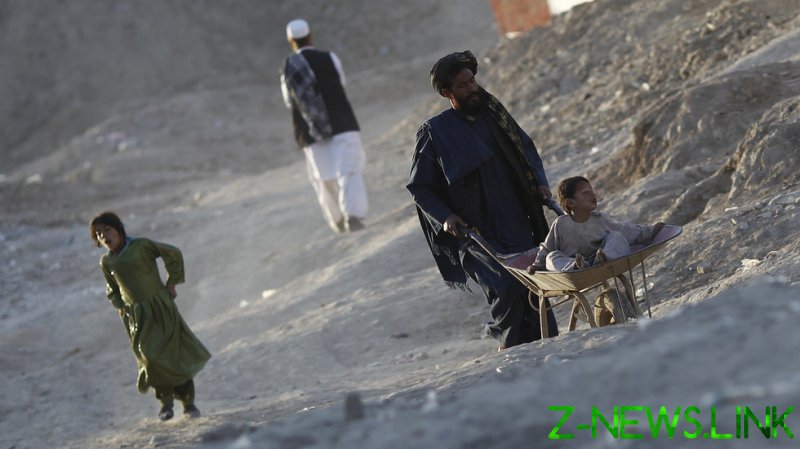 The UN Special Representative for Afghanistan, Deborah Lyons, issued the dire warning during a briefing to the Security Council in New York on Thursday, arguing that ordinary Afghans will suffer dearly if the international community halts the flow of aid dollars into the country in order to “deny” the Taliban resources.

“Billions of assets and donor funds have been frozen by members of the international community,” Lyons said, adding that the policy is likely to backfire and could create an influx of impoverished refugees.

In addition to the “looming crisis” linked to the aid cut-off, Lyons also noted “pre-existing” humanitarian challenges in Afghanistan, which she said are “worsening as we speak” and must be addressed sooner than later, despite concerns over the Taliban’s newly announced government in Kabul.

“Those who hoped for, and urged for, inclusivity will be disappointed. There are no women in the names listed. There are no non-Taliban members, no figures from the past government, nor leaders of minority groups,” Lyons said, referring to officials set to staff the new administration.

While several top Taliban officials are currently on the UN sanctions list – including the prime minister, the two deputy prime ministers and the foreign minister – Lyons said struggling Afghans need help now, and that the sanctions must not obstruct humanitarian efforts.

Addressing this crisis cannot wait for political decisions regarding the removal of sanctions. Millions of ordinary Afghans are in desperate need of help. This means that needed humanitarian aid must be provided through the United Nations or NGOs.

UN Secretary-General Antonio Guterres also addressed the sanctions issue during a Thursday interview with AFP, suggesting certain “financial instruments” could be used to ease pressure on the Afghan economy short of outright lifting the penalties. He said that could be accomplished through continued “dialogue” with the Taliban.

“It is in the interest of the international community, and I am not talking about the lifting of sanctions or recognition. I am talking about targeted measures to allow the Afghan economy to breathe,” he told the outlet, hoping to avert “an economic collapse situation which could create appalling humanitarian consequences.”

According to figures cited by the UN’s humanitarian branch, more than 18 million Afghans currently require some form of assistance, nearly double the 9.4 million reported in 2020, while hundreds of thousands of people also remain displaced after decades of conflict. Moreover, vast swathes of the Afghan economy that previously relied on poppy cultivation have been thrown into uncertainty after the Taliban vowed to ban the plant, which is used to produce opium and, in turn, heroin and other opioids. The UN estimates the Afghan opium trade constitutes up to 11% of the country’s GDP, meaning millions employed in the industry could soon be without jobs, further exacerbating the impending crisis.