Home / WORLD / Frankfurt Airport evacuation sparked by man shouting ‘I will kill you all, Allahu Akbar’ when confronted for not wearing mask

Frankfurt Airport evacuation sparked by man shouting ‘I will kill you all, Allahu Akbar’ when confronted for not wearing mask 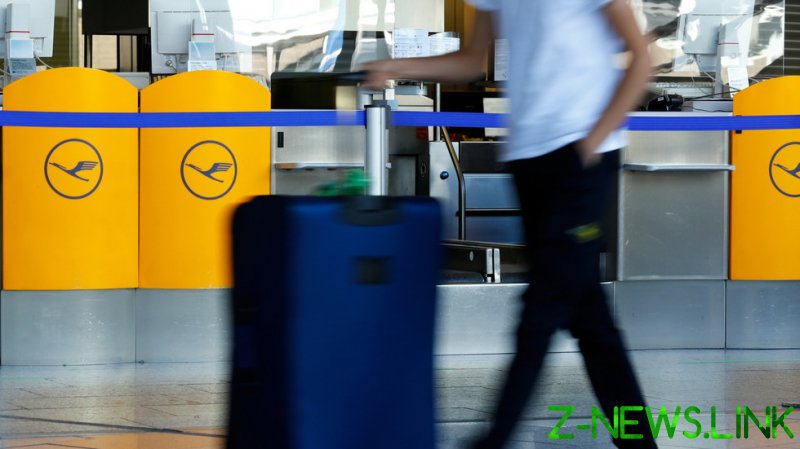 Frankfurt Airport’s Terminal 1, along with its adjacent train station, was shut down on Saturday evening amid a large-scale police operation, involving both state and federal law enforcement.

It was reported initially that the evacuation was triggered by a piece of abandoned luggage. In an update on Sunday, however, police said that the disruption stems from an encounter between a maskless 38-year-old Slovenian man and patrol officers who confronted him about his lack of protective gear.

The man, who apparently was incensed at the demand, became “aggressive” towards the officers, and said: “I will kill you all, Allahu Akbar,” according to police.

Taking into account the man’s overall demeanor, the officers took the threat in earnest, and subdued him as he attempted to flee the scene. Footage circulating online appears to show a police officer pointing a gun at somebody lying on the ground inside the terminal.

Amid the frantic chase, the officers apparently lost track of the man’s luggage, which he left behind while trying to escape.

“Due to the still unclear location [of the luggage], a large area of ​​departure hall B was cordoned off,” police said, noting that a bomb unit dispatched to comb the scene soon issued the all-clear.

The 38-year-old suspect, who is known to police, has been detained for making threats and resisting officers.

Around the time of the showdown involving the maskless man, police said they received a report of an “armed person” spotted at the terminal. Believing the two incidents might be related, they ordered an additional evacuation, closing off the regional train station as well. After about 2.5 hours of meticulous search, the operation was terminated, with police failing to find any armed individuals. A separate investigation into the alleged sighting of an armed person is underway.

Around 100 police officers were involved in the large-scale effort.

Frankfurt Airport is the fourth busiest in Europe by passenger numbers, and the busiest by cargo traffic.