The company Meizu decided to catch up with Xiaomi and other Chinese brands have already released their frameless smartphones, and began work on a new mobile phone MX7. Monoblock has not yet been officially presented, but appears today in the online first teasers hinted at very early announcement. 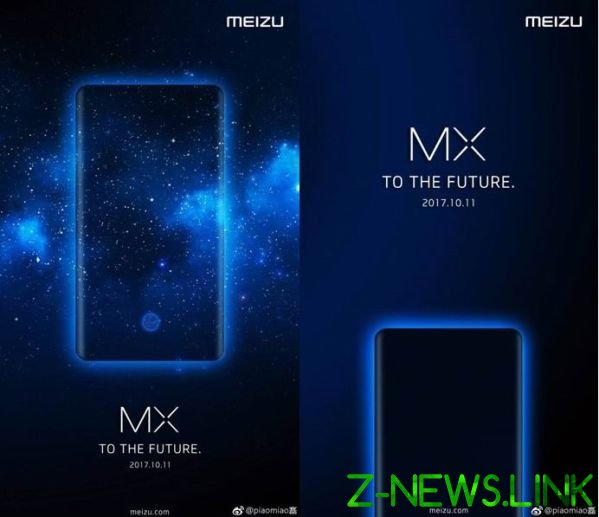 According to the presented data, the new Meizu will have a MX7 11 October, just over two weeks. Oddly enough, but this is the first appearance of the smartphone on the Internet, and at this point about its capabilities knows nothing, although certain components is already possible to speculate. Meizu MX7 – this is clearly not a flagship smartphone, otherwise it would be called something different, so we are expecting a screen with an aspect ratio of 18:9 and resolution HD+ or 1440х720 pixels, and 4 GB of RAM and the processor at Qualcomm 625.

Peppered all will probably be Android OS 7.1 on the basis of shell Flyme, and upgrade to Android 8 will have to wait a little longer. But there are assumptions of a different kind: according to several sources, Meizu MX7, despite the name, still made the top, and he will get Full HD-screen with a built-in right into it with a fingerprint scanner. To date, such functionality does not belong to any of the existing smartphones.