Home / WORLD / Fragile coalition may oust Netanyahu, but shared hatred is not enough to put an end to Israeli-Palestinian ‘blood and tears’

Fragile coalition may oust Netanyahu, but shared hatred is not enough to put an end to Israeli-Palestinian ‘blood and tears’ 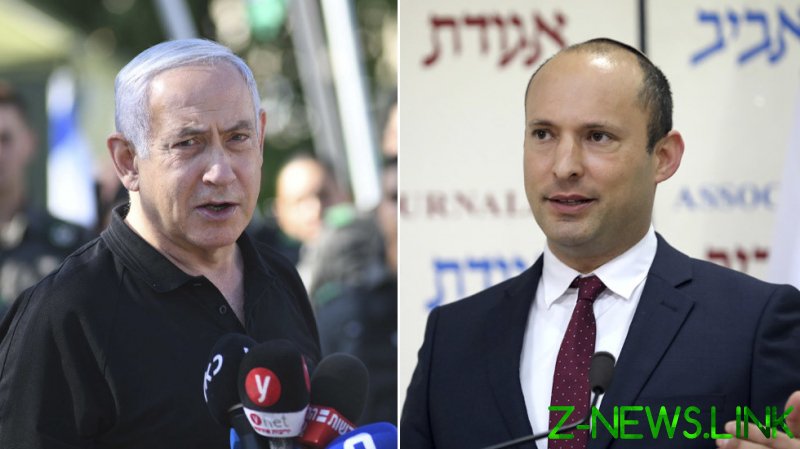 Just hours into talks about forming an anti-Netanyahu coalition to govern Israel, the fact that the two major players are already struggling to come to an agreement is just about the worst news anyone could hear.

Nothing has changed in the shared loathing the seven would-be coalition partners have for Prime Minister Benjamin Netanyahu, it’s the doling out of hugely influential ministerial portfolios that is the sticking point for some.

What seems to have been settled is the choice of right-wing Yamina leader Naftali Bennett as the new PM, but the road to forming a new government is a rocky one.

Despite talks lasting until the early hours of this morning, Blue and White are at an impasse with Yisrael Beiteinu over control of two key briefs: Agriculture and the sensitive Aliyah and Integration portfolio, which deals with immigration to Israel. Claiming that Blue and White had already agreed to give his party the agriculture portfolio, Yisrael Beiteinu leader Avigdor Lieberman complained they could not now ask for it back.

Meanwhile, New Hope and Yesh Atid are at odds over the post of speaker and the communications ministry. Nothing is straightforward.

This is what coalition building is all about. Having a common enemy is a good starting point, but is it enough? The rest is all about divvying up the spoils so that everyone is happy, but when there are seven parties with interests from right across the political spectrum competing for key ministerial posts, then this is like herding squirrels.

You have the centrists from Yesh Atid, national liberals with New Hope, social liberals from Blue and White, national conservatives of Yamina, social democrats of two different types with Labor and Meretz and not forgetting the national secularists of Yisrael Beiteinu. The challenges facing any deal are clear.

And while the people of Israel are carefully watching what might emerge from ongoing talks, the rest of the world is also wondering what this might mean for them, for the Palestinian Authority and for the Hamas-led government of Gaza. It’s hard to think of any other country where there are so many fingers in the political pie.

All agree that no one wants to see a continuation of the terrible exchanges of rocket fire between Hamas and Israel or an escalation in the inflammatory rhetoric that leads only to death for innocent civilians and the unsettling feeling that the preferred route to settling this decades-long problem is to bomb the other side into submission. Forget peace talks.

That’s why there have been no serious negotiations since 2009 and the absence of armed conflict and terrorism was considered enough by Netanyahu, and by the voters who kept him in power for 12 consecutive years.

The last attempt to broker a peace deal was nearly three decades ago, after former Israeli PM Yitzhak Rabin signed the Oslo Peace Accords with then-Palestinian Liberation Organisation leader Yasser Arafat in 1993, before declaring, “Enough of blood and tears! Enough!”

The deal, and last serious chances of lasting peace between Israel and Palestine, subsequently fell apart when Rabin was assassinated backstage after a rally in support of the accords barely two years later by a 25-year-old Jewish nationalist.

But this time, maybe, just maybe, all sides have finally had enough blood and tears. They must certainly have had their fill of general elections in Israel, having endured four in just two years.

A coalition formed of competing political interests might not be the most effective means of creating a more positive future for Israel and Palestine, but at least it offers the potential for stability and, dare we say it, hope.

The world waits for the leaders of Israel to put aside petty squabbles, ego and ambition and step up to make a difference. We should know in a matter of days, if that is a step too far.