Home / WORLD / ‘Founding principles HAVE BEEN LOST’: Macron blasts US media for legitimizing Islamist violence after wave of terror attacks

‘Founding principles HAVE BEEN LOST’: Macron blasts US media for legitimizing Islamist violence after wave of terror attacks 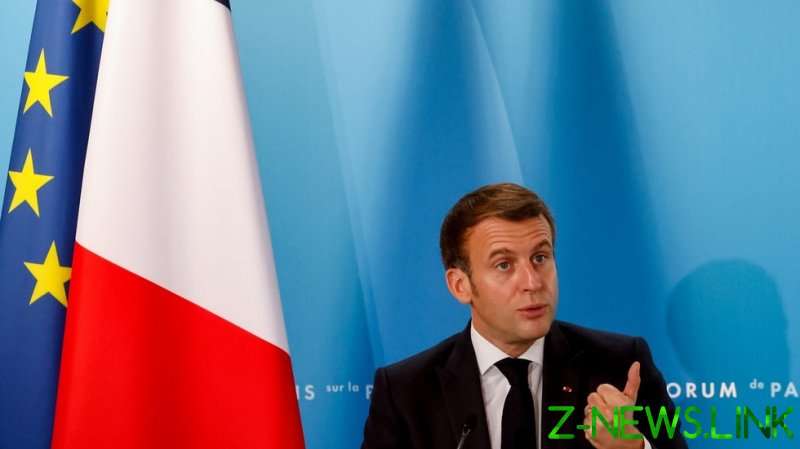 Macron reportedly called New York Times columnist Ben Smith on Thursday to complain about media coverage of France’s latest round of Islamist violence,  contrasting reaction around the world to the outpouring of international support for France following the terror attacks that killed 130 people in November 2015.

“When I see, in that context, several newspapers which I believe are from countries that share our values – journalists who write in a country that is the heir to the Enlightenment and the French Revolution – when I see them legitimizing this violence and saying that the heart of the problem is that France is racist and Islamophobic, then I say the founding principles have been lost,” Macron told Smith in a column published on Saturday.

Islamist terrorists have killed more than 250 people in France since 2015, the most among Western countries. The latest wave began when teacher Samuel Paty was beheaded on Oct. 16 by an 18-year-old jihadist migrant in suburban Paris. Paty was allegedly targeted for showing his middle-school students cartoons depicting the Prophet Mohammed for a lesson on freedom of expression.

Macron responded by honoring Paty and defending free-speech rights and France’s culture of secularism. His government carried out dozens of raids on individuals and Islamic groups accused of radicalism. More attacks followed, including the stabbing murders of three people in Nice – including one who was decapitated — by a Tunisian migrant. Angered by Macron’s aggressive response, Turkish President Recep Tayyip Erdogan called for a boycott of French products.

As the crisis unfolded, Macron was stung as he saw Western media outlets appearing to blame France for the attacks. A Financial Times headline declared, “Macron’s war on Islamic separatism only divides France further,” while the Washington Post opined that “Instead of fighting systemic racism, France wants to reform Islam.” The New York Times published an opinion piece asking, “Is France fueling Muslim terrorism by trying to prevent it?” The Times’ first headline about the beheading of Paty also raised eyebrows in Paris: “French police shoot and kill man after a fatal knife attack on the street.”

Smith was largely dismissive of Macron’s complaints, noting that the French president is preparing for his 2022 re-election campaign and may be acting a “little Trumpian” by attacking the press to advance his agenda. He added that “picking fights with American media is also an old sport in France.”

Another commenter agreed, saying “fanatical political correctness” has caused American media outlets to abandon the “basic foundations of Western culture and civil society.” The observer added, “American media, caught up in their kindergarten-level political scene and argumentation, have been supporting one side or the other of it no matter the cost.”

But writer Farrah Raja said criticism of France’s response was justified. “It is shocking to find a French president who is not open to the views of humanity, diversity and equality,” she said. “Yes, it brings challenges, too, and it is resolved through interfaith dialogues and social inclusion.”

Local television anchor Travis Mayfield of Seattle said the raw with Macron was being overblown. “I’m 100 percent sure this entire New York Times article was written exclusively so the columnist could say, ‘So, President Emmanuel Macron of France called me on Thursday afternoon . . . .”

Smith noted that the Financial Times had deleted an online article in which it misquoted Macron, and Politico removed an opinion piece that critics attacked for allegedly blaming the victims of terrorism. Liz Goodwin, the Boston Globe’s Washington bureau chief, said those moves will lead to more controversy: “I’m sure the cancel-culture community will be up in arms over this,” she tweeted.