Home / WORLD / Found a farewell letter to the General, drunk poison in the Hague

Found a farewell letter to the General, drunk poison in the Hague 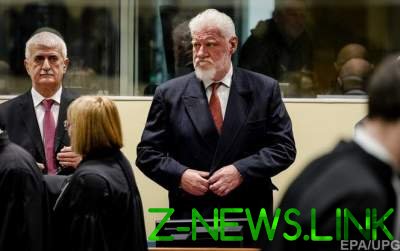 In Croatia, found a farewell letter of General Slobodan praljak began to present, committed suicide at a meeting of the Tribunal in the Hague over allegations of war crimes.

It is noted that in the house of the family of the praljak began to present in Zagreb for two years was kept a sealed envelope, which the General ordered to open in the event of his sudden death. After the suicide of General his wife and children opened the envelope.

In the letter, praljak began to present ordered that his body was cremated after death in the presence of the closest people and the ashes scattered over the Zagreb cemetery Mirogoj.

According to the newspaper, the will of the General came as a surprise to the government delegation, which had intended to discuss with his family the details of the funeral.

Thus, the document shows that praljak began to present not accept to live with the stigma of a war criminal, and calculated his own death in advance.

The General wanted the government of Croatia did not participate in funeral arrangements and have not incurred the wrath of the world community.

Praljak began to present anticipated that his funeral can gather thousands of Croats, including state leaders, and his grave later could become an object of pilgrimage. So he had planned his death hence, to avoid such a scenario, notes the Croatian edition.