Home / sports / Formula 1: the distance of Hamilton from Vettel increased to 59 points

Formula 1: the distance of Hamilton from Vettel increased to 59 points 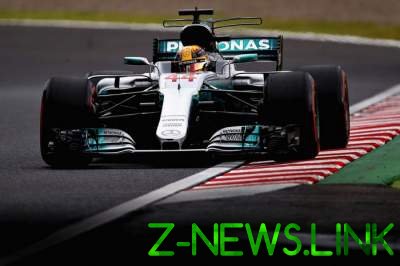 The pilot “Mercedes” Lewis Hamilton at full speed rushes to his fourth title of world champion in the class Formula-1.

Hamilton without any problems won the Grand Prix of Japan, and his main rival in the fight for the title Sebastian Vettel due to technical problems left the race already on the fifth lap.

Four races before the end of the season, the advantage Hamilton had increased to 59 points. Thus, on October 22 at the United States Grand Prix in Austin, the British could officially become a four-time world champion.

Top 10 of the standings:

In the constructors ‘ championship is also all very clear – the Mercedes pulled away from the Ferrari on 145 points, and the rest of the season a certain team is in better alignment may score 172 points. Most likely, the Mercedes already in the next race will officially become the winner of the team competition.

The Cup of designers: