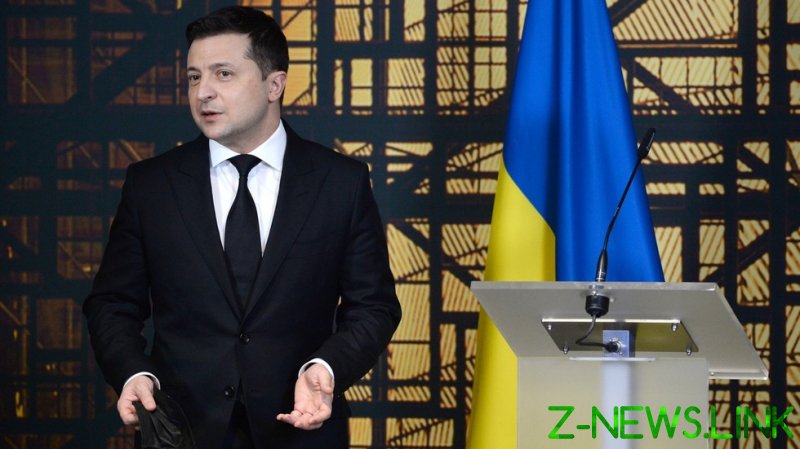 Speaking in a marathon interview with journalist Dmitry Gordon on Tuesday, Andrey Bogdan said the ‘Servant of the People’ MPs are purportedly handed money each month, in envelopes, as part of an unofficial salary. He named a figure totaling around $20,000. This sum, however, is not paid in Ukraine’s currency, the hryvnia, according to Bogdan.

The ex-chief of staff went on to claim that if lawmakers do not vote in line with the party whip on key issues, then they will face financial penalties, thereby reducing their earnings.

Bogdan was appointed head of the presidential administration after Zelensky won the election in 2019 and served until February 2020. In September last year, he was summoned for questioning by the Ukrainian State Bureau of Investigation after he told Gordon that Kiev’s government, under the president’s current administrative head, Andrey Ermak, had made several promises to Moscow, including dealing with Crimea’s status, re-starting flights between the Eastern European nation and Russia, as well as prisoner exchanges.

Although he did not claim to have seen the promises himself, Bogdan said he had heard rumors of the secret agreement from various diplomats and intelligence officials.

Before his work as the head of the president’s office, Bogdan worked as the lawyer of the influential Ukrainian oligarch Igor Kolomoisky, a long-term supporter of Zelensky, who has since worked to distance himself from the billionaire. Earlier this year, Washington introduced measures against the notorious businessman and his family, including a travel ban, in response to allegations that he was involved “in significant corruption.”

Secretary of State Antony Blinken claimed that “in his official capacity as a Governor of Ukraine’s Dnipropetrovsk Oblast from 2014 to 2015, Kolomoisky was involved in corrupt acts that undermined rule of law and the Ukrainian public’s faith in their government’s democratic institutions and public processes.”