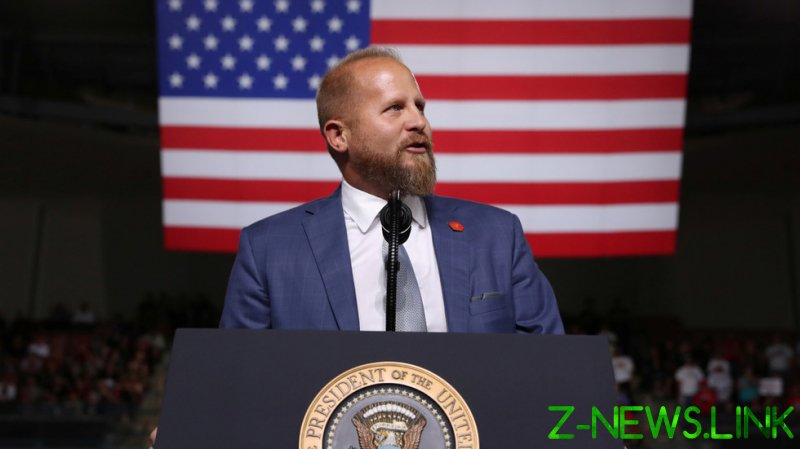 The incident unravelled on Sunday afternoon in the Seven Isles community of Fort Lauderdale on Florida’s southeastern coast, where Parscale and his wife Candice own a house, the Sun Sentinel reported.

Upon arriving to the scene, officers were reportedly told by Parscale’s wife that she was having concerns about her husband’s well-being since he was allegedly threatening to harm himself and had multiple firearms at his disposal inside the household.

Police met no resistance from Parscale, who was alone in the house, as they moved in, with Fort Lauderdale Police Chief Karen Dietrich telling the Sentinel that they “went and got him help.”

We went out and it was very short

Parscale was taken to hospital under The Florida Mental Health Act, commonly known as the Baker Act, which allows law enforcement to subject a person to involuntary confinement if they pose a threat to themselves or others.

Parscale was replaced as Trump’s 2020 campaign manager by Bill Stepien in July. Announcing his successor, Trump said that Parscale would remain within the campaign and be in charge of “digital and data strategies” while keeping a position of a senior advisor.

Trump did not give any explanation for demoting Parscale at the time, but the media were rife with speculations that the president was disappointed with Pascale over a PR disaster with an ill-fated rally in Oklahoma in June. In the build-up to the event, Parscale was busy hyping it, saying the campaign had received one million ticket requests only for the rally to be subsequently ridiculed for a low turnover.

It was suggested that Trump’s opponents might have bought tickets to cause him embarrassment, with Parscale himself arguing at the time that protests outside the venue prevented people from showing up in droves.

In wake of Sunday’s incident, Trump’s Campaign Communications Director, Tim Murtaugh, issued a statement, saying that the campaign was “ready to support him and his family in any way possible.”