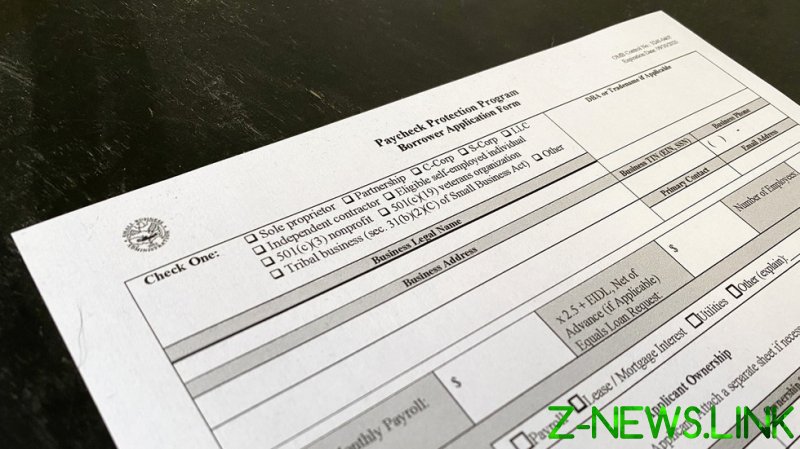 Damara Holness, 28, of Fort Lauderdale, Florida entered a guilty plea to one count of fraud on Wednesday, according to the Department of Justice, which noted that the accused served as the head of the Broward County Democratic Black Caucus at the time of the fraud scheme.

Holness, who is also the daughter of Broward County Commissioner Dale Holness, acknowledged that she applied for a federally-guaranteed Paycheck Protection Program (PPP) loan worth $300,000 in June 2020 under the pretext the funds would support her company. While she claimed her firm, Holness Consulting, employed 18 people and spent some $120,000 each month on payroll, “in fact, Holness Consulting had zero employees and no payroll expenses,” the DOJ said, adding that she used fraudulent tax forms on the application.

The former caucus president then spent several months creating an elaborate paper trail to give the appearance her company was paying out the PPP funds to employees as intended, enlisting others in the scheme to cash checks on behalf of non-existent workers and kick the money back to Holness. The accomplices received “a few hundred dollars” for their role in the plot while Holness kept the rest of the money for herself, amounting to around $1,000 per check, according to the DOJ.

Previous reporting by Fort Lauderdale’s Sun-Sentinel, citing city records, showed that Holness’ company was originally created in 2018 and dissolved a year later – before the Covid-19 pandemic kicked off – but was reestablished just five days before she applied for the PPP funds through an online form.

Holness, who was first charged in August, is set to be sentenced in January 2022. She faces up to 20 years in prison and a fine of up to $250,000 if convicted. Though the DOJ stated Holness is a “past president” of Broward’s Democratic Black Caucus, it is unclear when she stopped serving in that position. The organization’s website offers scant information about its leadership, and a Twitter page that appears to belong to Holness, which is now locked, still names her as president of the caucus in its bio.