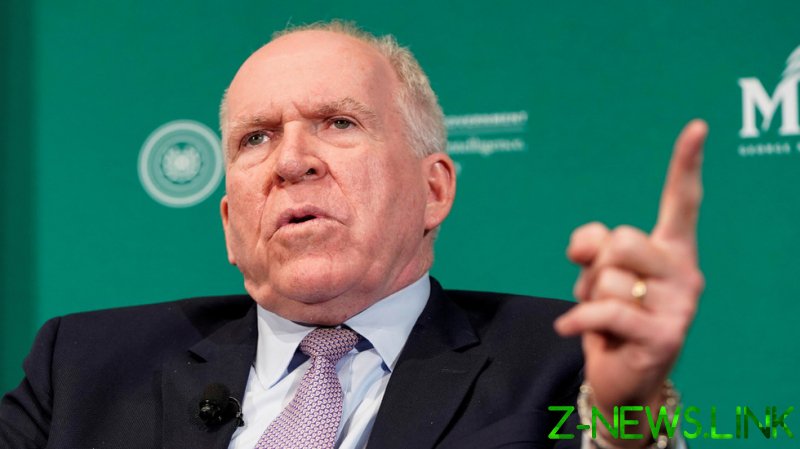 Responding to an MSNBC discussion on Monday about Republican claims regarding the January 6 Capitol riot, Brennan said, “I’m increasingly embarrassed to be a white male these days, in light of what I see of my other white males saying.”

The comment triggered a delighted laugh by host Nicole Wallace, who set Brennan up by opining that Republicans don’t care about the lives of police officers.

“It just shows that with very few exceptions – like Mitt Romney, Liz Cheney, Adam Kinzinger – there are so few Republicans in Congress who value truth, honesty and integrity,” Brennan said. “And so they’ll continue to gaslight the country the way that Donald Trump did.”

Making matters worse, Brennan added, “The fact that this has such security and safety implications for the American public and for the members of Congress… it is just a disgusting display of craven politics that really should have no place in the United States in 2021.”

Brennan’s comments about honesty, gaslighting and craven politics might ring ironic, in light of his documented history of lying to Congress. He lied to a House committee about the Steele dossier and its use in the Russiagate conspiracy against former president Trump. And he lied about the CIA’s spying on Senate Intelligence Committee members.

But it was Brennan’s racial self-hatred that provided comic relief on social media on Monday. “I’m ashamed he is a white male, too,” many commenters said on Twitter.

Another observer tweeted, “Very strange comment. Most people would be ashamed of lying to Congress, not the way they were born.”

Still another critic called Brennan out for racism. “Let me see if I have this correct: You shouldn’t have a negative opinion of a group of people (especially a different race). If you do, then you are a bigot. But this progressive is ashamed to be white because of the actions of some random white people. Sounds like bigotry.”