Home / Video news / Footage of the arrest of a man who took hostage the daughter and wife. Video

Footage of the arrest of a man who took hostage the daughter and wife. Video 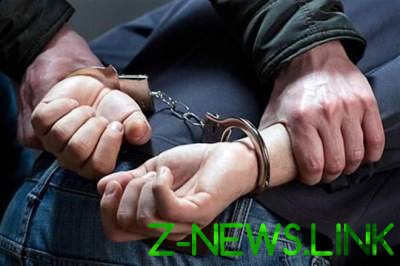 Law enforcement officers rescued a 7-year-old girl and her mother, which almost strangled by her husband.

In Mariupol, Donetsk region police disarmed and detained a local resident, who took hostage his wife and daughter. As the press service of the Mariupol police Facebook, October 30, witnesses told the police that the 36-year-old man tries to strangle wife and 7-year-old daughter. At the scene police officers arrived instantly.

As reported by the police, the Complainant, her friend called the man and threatened to strangle their daughter. The child at that time was in the apartment with his father. In front of friend’s husband by the hair and dragged his wife to the entrance.

See also:  The Yellowstone volcano burns the trees around them. Video

“From the apartment window on the third floor came the sound of children’s cries for help. The patrol tried through the window and the door to communicate with the citizen and to persuade him to release his wife and daughter. However, the man did not go to the contact, and even forbade his hostage closer to the window, law-enforcement agencies to make sure they’re all right,” – said in a statement to the police.

Consequently, the police entered the apartment through the balcony. When they reached the third floor, law enforcement officers urged the man to open the window, but he ignored the request. Then the patrol broke a window glass and got inside.

See also:  Reporters came to Russia by the officer involved in the MH17 disaster. Video

Law enforcement instantly put on handcuffs the man. Making sure that life and the mother with the child not in danger, the police reassured them. All participants in the incident were taken to the police station to clarify the details of the case.