Home / Video news / Footage of fatal accidents in the District in Kiev. Video

Footage of fatal accidents in the District in Kiev. Video 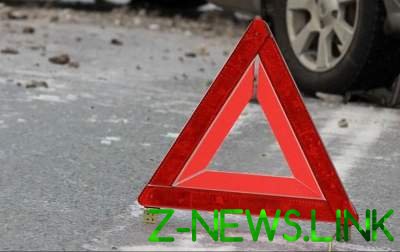 On the morning of 10 may, in Kiev, on the ring road there was a deadly accident involving a passenger car VAZ 2106 and truck MAN.

The passenger car at speed crashed into the truck, causing the driver and passenger of the six died on the spot from his injuries.

The moment of collision was captured surveillance cameras.

As reported by law enforcement officers, the driver of the car with one passenger in the front seat was driving on the ring in the direction of Akademgorodok. Wallpaper near the market the car was suddenly tearing down towards the curb and a speeding car crashed into parked on the right lane of the truck.

See also:  Special effects and spectacular fight: out the trailer for "planet of the apes: War". Video

Previously reported that the man who was driving VAZ, fell asleep while driving. As a result of collision the driver and the passenger “six” received injuries incompatible with life, both were in the military. It is known that they returned home to the city of Kamianets – Podilskyi (Khmelnytskyi region) with the teachings of the United forces.

See also:  The chicken made a splash on the talent show in the United States. Video

The video shows how the passenger car at high speed flies right off the road and into the back of a parked truck. The front of the VAZ literally had the “harp”. In addition, because the driver fell asleep, it is reported that the machine was faulty.