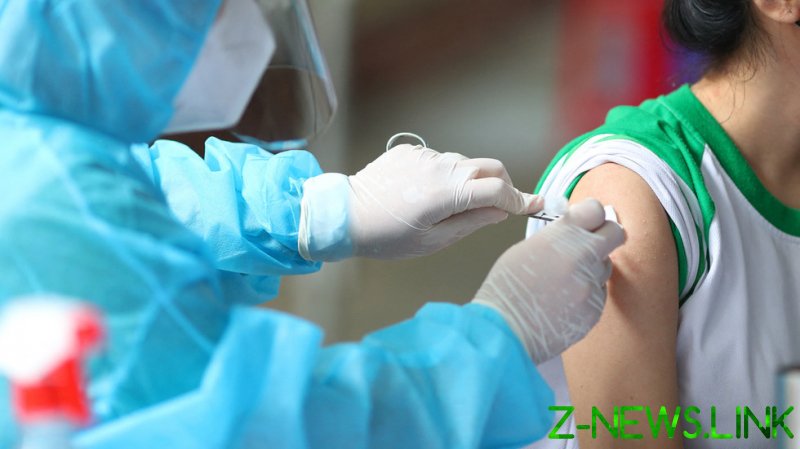 A probe into the teenager’s death has been launched, the country’s major news agency Yonhap reported on Saturday, citing health authorities. The unnamed child was a high schooler who was vaccinated with the Pfizer-BioNTech Covid-19 vaccine in mid-August.

Earlier this year, health officials in the US were investigating the death of a 13-year-old from Michigan who died three days after receiving the second shot of an unnamed coronavirus vaccine. The case then prompted a group of medics from a far-off country, Singapore, to pen an open letter to their state officials, calling for the inoculation of youths to be ceased until the US Centers for Disease Control and Prevention (CDC) clarified why a teenage jab recipient died.

In South Korea, high school seniors and those aiming to attend national college entrance exams have been receiving Covid-19 vaccines since July. Recently, minors aged between 12 and 17, as well as pregnant women were included in the regional inoculation program, in a bid to increase vaccination coverage in the country. The Korea Disease Control and Prevention Agency (KDCA) then announced that some 2.7 million adolescents would be able to come forward and get vaccinated using the mRNA-based Pfizer-BioNTech shot.