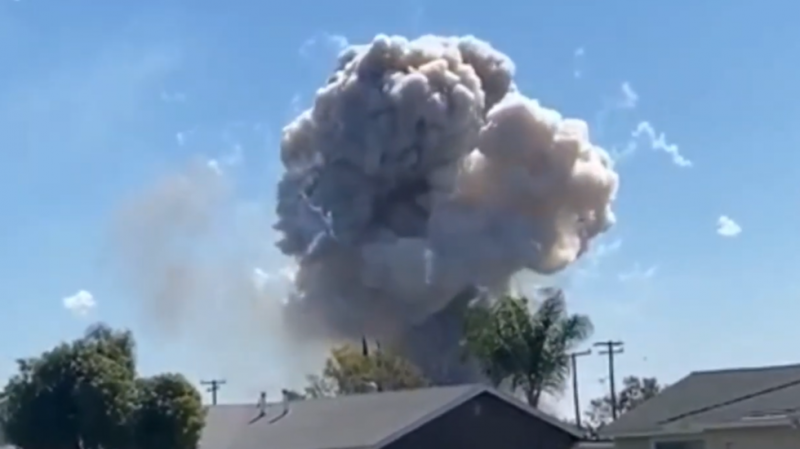 The blast was reported on Tuesday afternoon, with one resident capturing it on video. A cloud of smoke spewed into the air above a residential area of the city, with a series of subsequent cracks and booms leading the resident to suggest that “someone’s firework stack went off.”

Another local said he “thought an earthquake was going to start,” while one passing motorist caught a street-level look at the explosion, which he said sounded like a “fireworks factory” burning down.

One video clip shot just yards away from the explosion shows bright flames at the base of the smoke column, as crackling fireworks shoot out of a burning structure.

The blast originated at a residential house, city officials said shortly afterwards, and was caused by a “large amount of fireworks” igniting, which triggered a structure fire. The public has been asked to avoid the area.

It is unclear whether anyone was injured or killed in the blast. One creature, a horse, had a lucky escape, and firefighters could be seen picking through debris to come to its aid and dislodge it from between a tree and a wall.