Home / WORLD / Fire in the sky: Hundreds report & film fireball made by meteor EXPLOSION over Florida

Fire in the sky: Hundreds report & film fireball made by meteor EXPLOSION over Florida 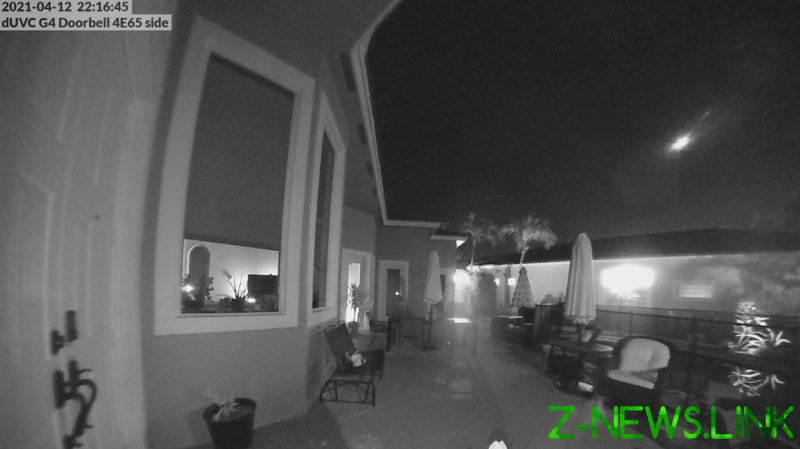 The American Meteor Society said the fireball was spotted over Florida – and could be seen as far away as Georgia – at 02:17 GMT on Tuesday. The AMS received 259 reports of the sighting.

Most of the videos showed a ball of fire coming down at a steep angle, before exploding in an orange flash and disappearing from the night sky.

The exact origin of the object was unclear. Some speculated that it could be the 2021 GW4, a space rock the size of a car that was supposed to make a pass between the Earth and the Moon – or a piece that had broken off of it.

However, GW4 passed by the Earth on Monday morning, at an “exceptionally close” 12,000 miles, according to the Virtual Telescope Project in Europe.

Harvard-Smithsonian Center for Astrophysics astronomer Jonathan McDowell said the fireball over Florida had “nothing to do with GW4.”

AMS tracking showed the space rock exploding over the eastern coast of Florida, so its remains are probably somewhere at the bottom of the sea.