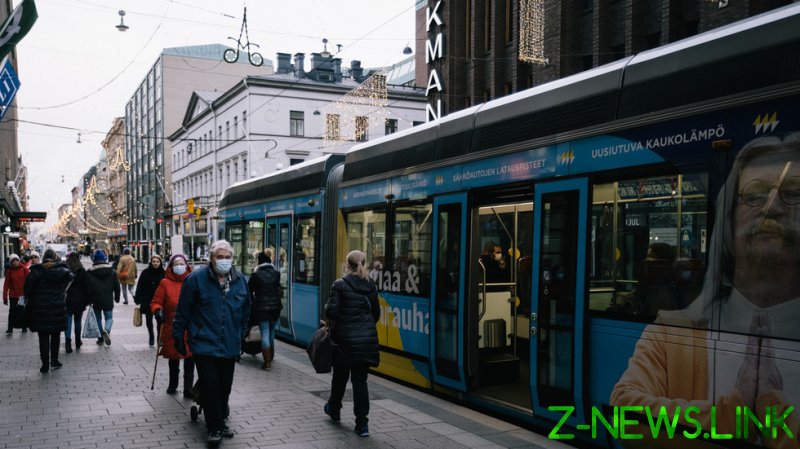 Being a native English speaker is a blessing, but it can also be a curse.

I’ve lived in Spain for half a dozen years or so – and I’ve also lived in a couple of other countries where English wasn’t the native tongue. Yet my Spanish is crap (I didn’t even bother with Cantonese or Filipino). I frequently get lectured by Spaniards – err, in English – about just how weak my grasp of their lingo is.

Like most true Englishmen, when it comes to foreign languages, I’m a lazy oaf. An idiot. A buffoon. A slob. A sloth. Mostly because the whole world speaks English, at least a little bit. Especially the better-educated and those who like to travel.

It’s obvious why. If, say, a Taiwanese maker of microchips wants to do a deal over dinner with a Brazilian mine owner, the chances are they’ll discuss the details in English.

The world meets in English. It just does. You yourself, dear reader, may not even be a native English speaker. Yet here we are: these are English shapes forming now before your very eyes…

And this, to my great pleasure – a real smug kind of English joy, actually – still really annoys the French. Especially frustrated French bureaucrats with very boring jobs working for the European Union. Some of them still harbour bovine ambitions of shifting the world away from English, especially post-Brexit. They cannot accept they lost the lingo battle a couple of hundred years ago at sea and on land at Trafalgar and Waterloo, and then, with the rise and cultural dominance of the United States, they lost it over the airwaves too.

The world isn’t gonna unlearn English, no matter how many boring diktats Brussels might want to issue. The rest of the world simply doesn’t care. English is the best tool for the job. Get over it, we won.

And yet, in my new home, I struggle on in Spanish. I mangle the grammar and fail to properly conjugate the verbs… my old brain resists, it just can’t help it. Why, oh why, does any word require a gender? ‘La’ Luna. ‘El’ mundo. Etc., etc. Why not just ‘the Moon’, ‘the world’?

Plus Spanish folk, man, they talk fast when they get going – and by the time I’ve worked out and assembled all those sentence bits and bobs, the chat has whizzed on to pastures new.

Aha… but I have a trick, you see – a tip for all non-Spanish speakers. Just hang around for a while and, magically, the conversation will morph into English. Even amongst a group of five or six educated Latinos and Latinas y yo; we’ll wind up speaking some kind of English, sooner or later.

If I was Turkish or Greek or Icelandic or whatever, I would have to get up to speed in Spanish pretty damn quickly or communication would be a nightmare. And isn’t this the very function of a language? To communicate.

Well, the mayor of Helsinki thinks so. It seems that Finnish could soon be, well, finished in the capital of Finland. “Helsinki could call itself an English-speaking city, where people who speak English wouldn’t need to speak Finnish or Swedish,” Mayor Juhana Vartiainen told the Helsingin Sanomat newspaper – that’s the ‘Helsinki Dispatch’, folks – in Finnish.

The paper, Finland’s ‘newspaper of record’, like The Times in the UK, had recently written profiles of highly-skilled foreign postgraduates who had left the country because of the lingo, relatively low wages and the fact that Finns didn’t seem all that friendly.

Finland is the birthplace of Nokia, SMS, 5G and Linux and has a booming startup scene. But growth is being held back due to a shortage of high-end tech workers.

The answer? It’s obvious. Switch to English. Finnish and Swedish are the country’s two official languages, and both those Viking tongues are a bugger to learn apparently. Spanish, in comparison, is a doddle.

Personally, I find my crap Spanish an embarrassment. I don’t like being an ignorant Anglo – us Brits and Irish, plus our North American and Antipodean cousins, are traditionally linguistically useless. I know Dutch and Scandinavian people who speak better English than I do, and they can engage and contribute to even the most rapid Spanish chat.

My excuse is that it’s harder to pick up a lingo later in life and learning languages is easier when your grey matter was already exposed as a kid. Foreign languages weren’t exactly a priority in my high school. Our French teacher didn’t actually speak French – he just knew the textbook. We all dropped the subject, anyway, as soon as we could. I mean, who needs French? It’s like algebra, another thing we were force-fed at school – it has no real-world function for most people (outside of France).

My own two kids switch between Spanish and English and Catalan with no bother at all. They’d probably pick up French or Italian in about 15 minutes.

Ah yes, Catalan. The people of Catalonia held on to their language secretly in their homes when it was outlawed by dictator General Francisco Franco. Those days are done. Most lessons in school are now in Catalan. I know many Catalan folk who would much prefer to chat with you in English than in the hated Castellano (Spanish).

Language, obviously, isn’t only about communication – it’s also about culture and identity. It’s also a massively political thing, to the Catalans and the Basques and, in the UK, to the Welsh. Lots of Welsh folk have hung on to their original tongue, in a way the Scots have not.

If a person living in a Catalan village or even in the big cities of Barcelona and Girona wants to only speak Catalan and nothing else – or someone from Gwynedd refuses to speak anything but Welsh – that’s up to them. It’s inward-looking though, not outward-looking. And if they travel less than a hundred miles-or-so in any direction, their lingo is pretty much useless as a tool of communication, which is any language’s primary function.

That’s not so for every native English speaker. The world is our oyster, even for the fat and the lazy and the stupid. It’s a safe bet that when humanity colonises and pollutes the stars, we will be doing so speaking a version of English. Or maybe an English/Chinese hybrid.

Languages, like a multitude of creatures in nature – consider the dodo, the mammoth, the dinosaurs – die out. How many people – other than nerds and scholars – have a nice chat on the phone or send a text msg in Latin or Sanskrit or Aramaic these days? I’m a Geordie – I was raised in the north-east of England – and the land from the north of the River Humber to the River Forth, from Hull to Edinburgh, had its own language.

You don’t hear many folk speaking Northumbrian these days. Maybe, a hundred years from now, it will be the same for Finnish and many other languages. And would it, really, even matter? After all, you don’t see too many people mourning the dodo…

Tags could countries finished finland finnish other should