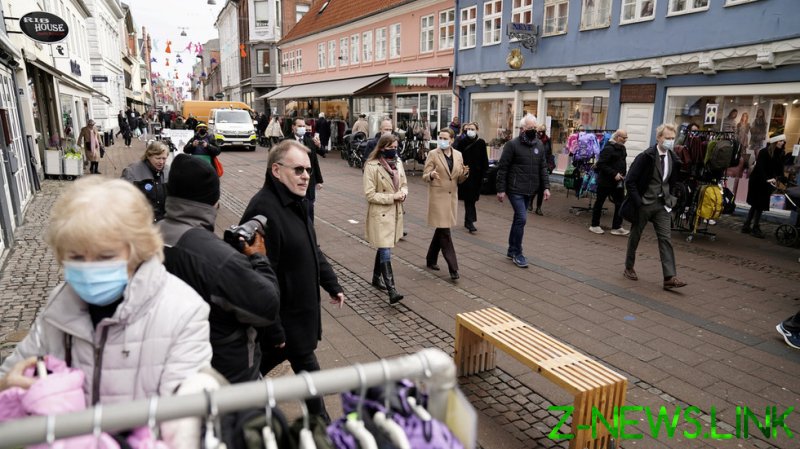 High concentrations of foreigners living in residential areas increases the risk that distinct “religious and cultural parallel societies” will emerge in Denmark, Interior Minister Kaare Dybvad Bek said as he presented his government’s new initiative to combat the ghettoization of “vulnerable” areas.

While it has yet to receive the necessary backing in parliament, the measure is designed to  ensure that, in ten years, non-western immigrants and their descendants will make up no more than 30 percent of the population in any given neighborhood or housing area.

If passed, the bill is expected to affect some 58 areas and more than 100,000 people, according to Denmark’s Berlingske newspaper. So far, no date has been set for the proposal to be debated in parliament.

The new bill would amend controversial “ghetto package” legislation introduced by the then-Conservative government and passed back in 2018. At the time, the cap on non-western populations in such vulnerable areas had been set at 50 percent.

With some of the strictest immigration policies in Europe, Denmark has also officially designated some of its residential areas as ‘ghettos’ each year since at least 2010. The government has set four criteria to define such areas: an unemployment rate above 40 percent; more than 60 percent of middle-aged residents lacking in secondary education; gross income levels 55-percent below average; and a crime rate three-times above the national average.

To qualify as a ghetto, an area must meet at least two of those criteria, and must also have an immigrant population of at least 50 percent. If a neighborhood remains on the ghetto list for more than four years, it is then declared a “severe ghetto.”

Currently, at least 15 neighborhoods fall into that category and 25 others are considered to be “in danger” of becoming ghettos. However, the interior minister said the term is “misleading” and plans to do away with it in the new legislative initiative.

“I think it contributes to eclipsing the large amount of work that needs doing in these neighborhoods,” Dybvad Bek said, adding that from now on, they should be designated ‘vulnerable’ or ‘disadvantaged’ areas rather than ‘ghettos.’

Danish authorities have tried to beat back ghettoization for some time now, imposing double penalties for misdemeanor offenses in those neighborhoods, while daycare is mandatory for all children over the age of one.

Some unconventional strategies have also been employed to reduce social pressures on vulnerable neighborhoods, such as a 2019 initiative by the city of Odense to offer financial compensation to local criminals if they moved out of troubled neighborhoods.

Denmark has seen a rapid growth of its migrant population in recent decades. Of the country’s 5.7 million people, 11 percent have a migrant background, while over 6 percent are of “non-western” origin.

The nation’s immigration policies have been especially harsh as of late. Back in 2018, the government said it would send rejected asylum seekers to live on a remote island, with Immigration Minister Inger Stojberg stating the policy would send the message that they are “unwanted.” Now, a similarly strict approach to immigration has been adopted by the Social Democratic government of Prime Minister Mette Frederiksen, who has called to reduce the flow of asylum-seekers to “zero.”