Fight deputies in Kievoblsoveta ended with a knockout. Video 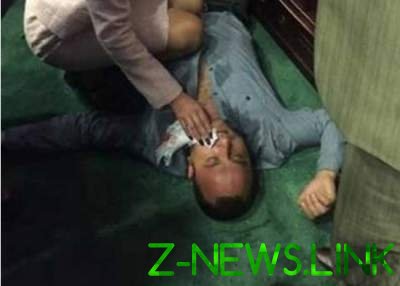 In the political party “Batkivschina” said that their MP has received a brain concussion.

Online published a video of a fight between the deputies of the “bloc of Petro Poroshenko” and “homeland,” which took place on 26 September at the meeting of the Kiev regional Council.

The footage recorded, as Deputy Vitaly, Carluke went to the Chairman of regional Council Anna Starikova and snatched the microphone. Starikov stood up and pushed Carluke. At this time, the deputies approached Vladislav Hohulin who tried to intervene, but received a blow in the face from Carluke. The impact was so strong that the Deputy had fallen and he needed medical help.

In the political party “Batkivschina” said that their MP has received a brain concussion.