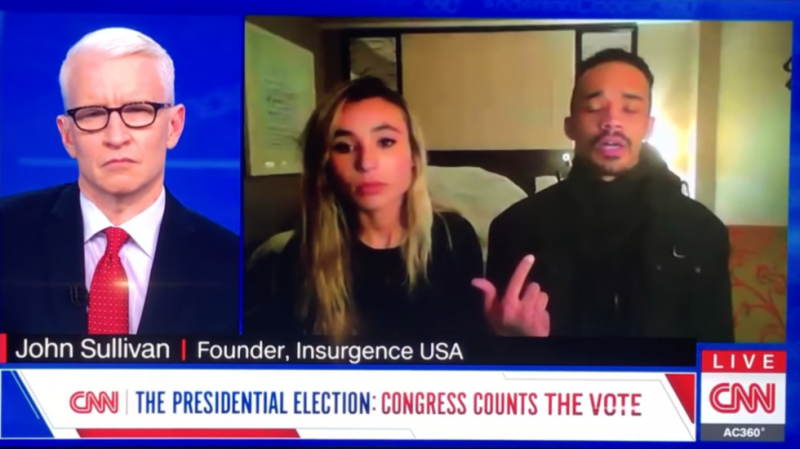 According to the affidavit seeking his arrest, filed in the federal court in Washington, DC, John Earle Sullivan didn’t just film last Wednesday’s storming of the US Capitol – he actually took part in the violence and egged on the destruction that led to the fatal shooting of Ashli Babbitt.

Democrats accused President Donald Trump of inciting an “insurrection” after a crowd of presumably his supporters broke into the Capitol during the joint session of Congress that was meeting to certify Joe Biden as the next US president. Babbitt was among the five people – including two Capitol Police officers – whose deaths were linked to the unrest.

“Go! Go! Get this sh*t!” Sullivan says in the video he turned over to the FBI, as the crowd is breaking through the door inside the Capitol, according to the affidavit. Babbitt is shot shortly thereafter as she attempts to enter through the breach.

He told a different story to CNN’s Anderson Cooper and ABC’s Good Morning America the evening and morning after, presenting himself as a left-wing activist who just came to document the protest.

“I can’t tell you that I agree with Trump or MAGA supporters,” Sullivan told Salt Lake City’s KSTU-TV last Friday. “I can tell you I don’t.” He did insist that his footage showed Trump supporters storming the Capitol, not ‘Antifa’ as some claimed.

Officially, Sullivan is a “civil rights activist” who runs Insurgence USA, an organization established in June 2020 amid the protests over the death of George Floyd. They say they “want to build local powers to enable the community to intervene in violence enacted by the state and government vigilantes,” rhetoric commonly used by Black Lives Matter and affiliated groups.

Sullivan organized a June protest in Provo where a person was shot, and was arrested over it. A journalist with Provo’s KUTV news looked at the hashtags Sullivan has used on social media and they included both #blm and #antifa, as well as #abolishthepolice

Later in the summer, he delivered an expletive-laden speech at a protest in Washington, DC threatening to “rip Trump out of the White House,” chanting “It’s time for a revolution” and threatening to “burn this sh*t down.”

Sullivan “was at the forefront of pro-Trump violence in the Capitol, egging it on as he filmed,” said Grayzone journalist Max Blumenthal, but questioned the activist’s bona fides and accused him of “sabotaging” Black Lives Matter while posing as a civil rights leader.

Activist communities around the country have “banished” Sullivan and consider him “a dangerous provocateur,” Blumenthal said on Twitter, citing the DC-based Black House News. Yet he was welcomed on Anderson Cooper’s CNN show, which “falsely” called him a left-wing activist and didn’t ask why he was at the Capitol.

Sullivan “is not BLM or Antifa, and is out to wreck their cause,” Blumenthal wrote.

OAN reporter Jack Posobiec noted that Sullivan had posted on Instagram about his contacts with the FBI. That doesn’t necessarily mean much, however, given the rush by many Democrats to report Trump supporters to federal authorities in the aftermath of January 6 events.

Whoever Sullivan is actually working for may or may not be revealed at his trial. What stands out is the ease with which he was able to garner mainstream media attention and get people of completely opposite political persuasions to follow his lead at various protests. 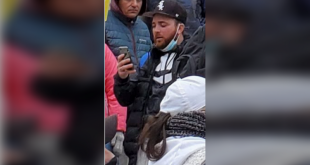 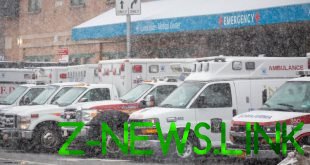