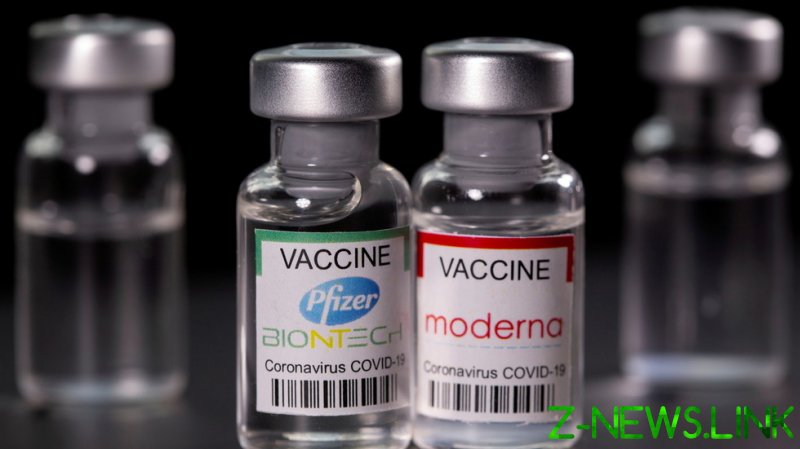 “After a thorough review of the available data, the FDA determined that this small, vulnerable group may benefit from a third dose of the Pfizer-BioNTech or Moderna Vaccines,” acting FDA Commissioner Janet Woodcock said in a statement on Thursday night.

The immunocompromised include cancer patients and those undergoing chemotherapy, organ transplant recipients, and people with HIV, among other conditions that weaken the immune system and antibody response.

The decision comes after an advisory panel with the Centers for Disease Control and Prevention (CDC) gave preliminary backing to booster shots in late July, though at the time said that more data was needed before it could make a full-fledged recommendation.

Pfizer, meanwhile, said early last month that it would soon request approval for a third dose, while Moderna noted it was testing a Delta variant-specific booster not long after. Though White House Covid-19 adviser Anthony Fauci initially said health agencies were blindsided by Pfizer’s request and insisted that the fully vaccinated “do not need to get a boost right now,” his position has dramatically changed since.

On Thursday, Fauci suggested that not only the immunocompromised, but all Americans, would eventually need to take a booster, saying “No vaccine, at least not within this category, is going to have an indefinite amount of protection.”

Pfizer CEO Albert Bourla argued much the same in April, saying third doses would likely be needed within a year of a recipient’s first shot, and potentially every year from then on. In May, before the Delta mutation had picked up pace in the US, Moderna head Stephane Bancel also said “new variants of concern” could make annual Covid immunizations a necessity.

While the two pharma firms were greenlit for booster shots, neither has yet secured full FDA authorization for their vaccines, with both only approved for emergency use in those aged 12 years or older. Pfizer, however, embarked on the process to get the FDA nod in the spring, with the agency reportedly set to give its okay by Labor Day.

As the FDA moves ahead with their third doses, the developers of Russia’s Sputnik V vaccine suggested Pfizer might test its own ‘Sputnik Light’ formulation as a booster, noting that recent data shows the Pfizer shot had lost effectiveness against the Delta variant. Pfizer, however, has not responded to the idea.