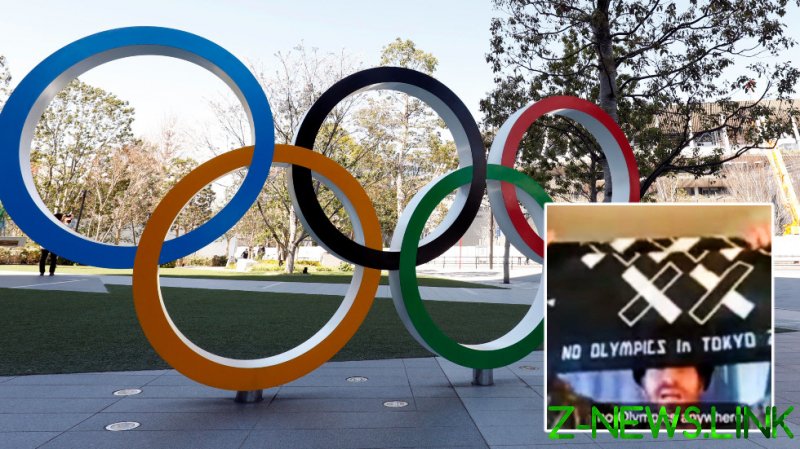 The decision to proceed with this summer’s Olympics has proven to be a controversial one among the Japanese public, with a recent poll indicating that as many as 60% of people want to see the games canceled entirely amid an ongoing spike in Covid-19 cases.

But it seems they aren’t the only ones who are calling for the games to be scrapped after an unruly protestor gained access to an online press conference and gave IOC officials a piece of his mind.

Campaign group NOlympicsLA later told Inside the Games: “Today we wanted to let them know that people all over the world are furious with their callous, life-threatening decisions and that we’re not going anywhere. We’re just getting louder.”

The IOC have so far remained steadfast in their plans to hold this summer’s games despite Japan currently reporting a seven day average of more than 5,600 infections.

By comparison, on July 23 last year – exactly a year before the start of this summer’s Olympics – Japan was recording a seven-day average of 658 cases.

Despite the concerns evident among the Japanese public, the IOC maintain that the event will be delivered safely and securely – and are even predicting an unexpected wave of enthusiasm to take hold in the coming weeks.

“We are now very much in an implementation phase with 78 days to go and fully concentrated on delivering the Games,” Adams said.

“When the Games happen and the Japanese people are proud hosts of an event that will be an historic moment, I think I am very confident we will see public opinion hugely in favor of the Games.”

Adams’ statements come amid reports that Tokyo governor Yuriko Koike had developed concerns about holding the Games in the Japanese capital amid the spiking Covid-19 cases – and while this is unlikely to prompt the IOC to stand down, it could certainly prove to be an impediment to the impending change in public opinion on which Adams seems to be reliant.