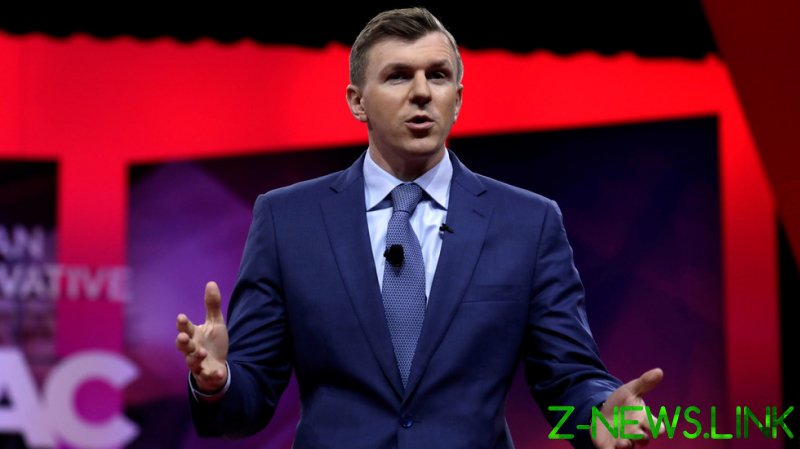 The New York home of Project Veritas founder and CEO James O’Keefe was raided on Saturday, The New York Times, which broke the original story, reported. The FBI has confirmed to the outlet that they “performed law enforcement activity” at the building containing O’Keefe’s apartment in Mamaroneck, New York, but refused to discuss the details of the apparent raid.

O’Keefe confirmed in a Friday video message that Veritas was under investigation, though he insists employees have done no wrongdoing. O’Keefe said his organization had contacted the Justice Department as well as a lawyer for Biden about the diary. The journalist claimed Veritas had been approached by tipsters claiming to come into possession of the diary after it had been allegedly abandoned by Ashley Biden in a hotel room.

“The FBI took materials of current, and former, Veritas journalists despite the fact that our legal team previously contacted the Department of Justice and voluntarily conveyed unassailable facts that demonstrate Project Veritas’ lack of involvement in criminal activity and/or criminal intent,” O’Keefe said.

The conservative journalist also accused the FBI of trying to “silence” him by asking him to refrain from disclosing “the existence of the subpoena to a third party.”

Conservative pundits have shown support for O’Keefe and Veritas – known for undercover videos often exposing left-leaning politicians or activists – and some have questioned law enforcement’s decision to wait to raid O’Keefe’s house until the “slow news day” of Saturday.

Ashley Biden’s diary was mostly ignored when first published last year, with many outlets questioning its authenticity. O’Keefe himself said that he refrained from publishing the diary because his organization was not able to verify its contents or whether it was indeed Ashley Biden’s. The diary contains some major accusations, discussing affairs, drug use, and alleged showers as a child with her father that were “probably not appropriate.”

Excerpts from the diary were published in October of 2020 by consevative publication National File, with the outlet claiming to have received the material from a Project Veritas whistleblower who assured them it was not gotten through illegal means.