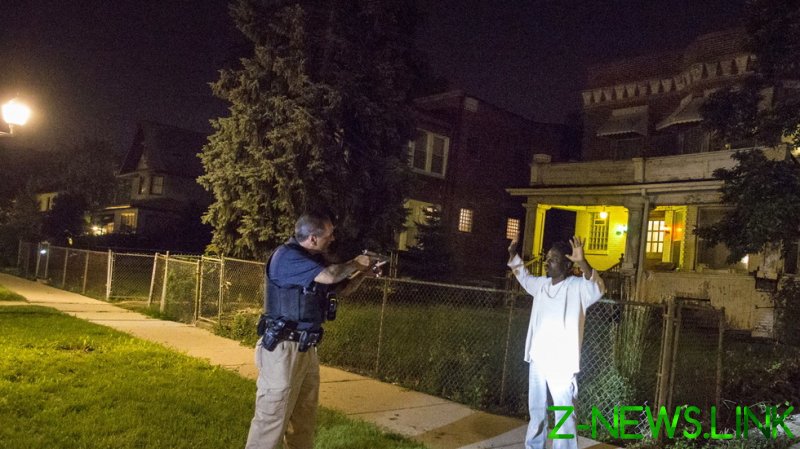 FBI officials in Chicago recently issued a “situational information report” to Chicago law enforcement, pointing to a possible multi-gang pact to gun down officers in the streets, a local ABC affiliate reported on Monday.

“Members of these gang factions have been actively searching for, and filming, police officers in performance of their official duties,” the FBI alert said. “The purpose of which is to catch on film an officer drawing his/her weapon on any subject and the subsequent ‘shoot on-site’ of said officer, in order to garner national media attention.”

The alliance includes well-known groups such as the Latin Kings and the Vice Lords, as well as more obscure gangs, including the Almighty Black P. Stone Nation and its Islamist breakoff faction, known as El Rukn (Arabic for “the pillar”). All of them belong to a pre-existing gang alliance, the People Nation.

While the FBI document, dated August 26, noted the alert was sourced from “a contact whose reporting is limited and whose reliability can’t be determined” – suggesting it may have come from a police source, a witness in an ongoing case or from information gleaned through law enforcement surveillance – the superintendent of the Chicago Police Department (CPD), David Brown, said officers are currently facing a “sense of lawlessness” in the city.

“I think it’s bigger than a suggestion,” said Brown, who declined to comment on the FBI alert directly, but added “I think 51 officers being shot at or shot in one year, I think that quadruples any previous year in Chicago’s history. So I think it’s more than a suggestion that people are seeking to do harm to cops.”

In a separate statement provided to the ABC affiliate, the CPD said it was aware of threat posed by street gangs and that it takes all threats against officers seriously, adding that it had taken all proper precautions to keep them safe.

The alleged formation of the street gang supergroup comes as Chicago sees a spike in violent crime, with 55 people shot, 10 of them fatally, over last weekend alone, according to the Chicago Sun-Times. The weekend prior similarly saw 66 shot, five of which were killed. The surge in shootings also comes amid a wave of demonstrations and unrest over recent police shootings, namely that of George Floyd in Minnesota and Jacob Blake in Wisconsin, which in Chicago have frequently escalated to riots, looting and vandalism.